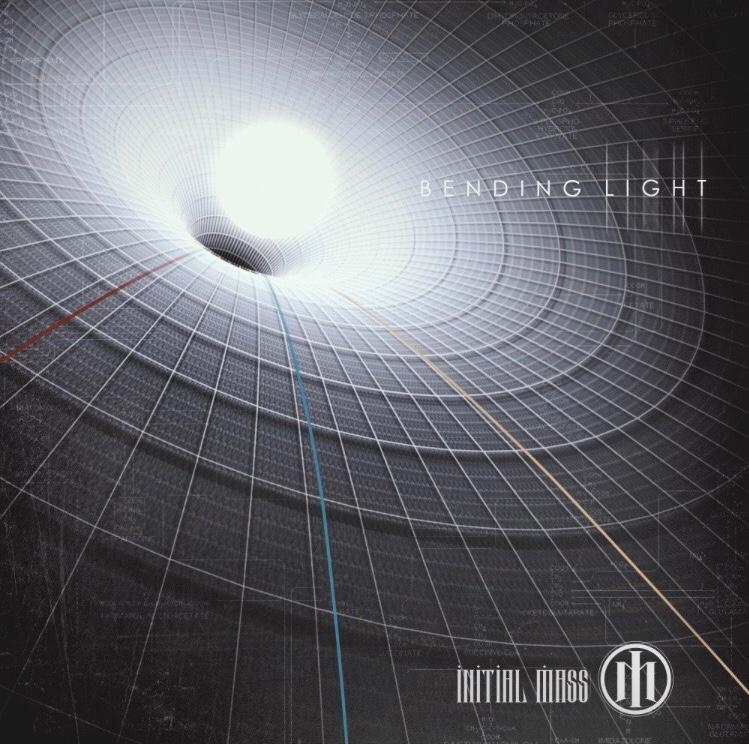 The most enlightening music thrives on the emotionally expansive and revolutionary nature of its lyrics and instrumentation, and refuses to confirm to traditional expectations. The progressive rock-inspired Initial Mass is one such band whose members thrive on the natural blend of their high octane energy with their dark and melodic nature to stand out. The Los Angeles trio, which formed in 2015, features an explosive built-in chemistry between the longtime friends, including singer-songwriter Mark Baldwin, drummer Kevin Robertson and bassist Scott Smith.

Initial Mass’ fantastic camaraderie, unique punk rock sensibilities and signature complex arrangements are powerfully highlighted on their upcoming nine track album, ‘Bending Light,’ which is set to be released late next month. Smith has noted that the new record pushed him and his fellow musicians to grow in all areas of their sound, musicianship and songwriting. Their new set of songs is a reflection of where the musicians are headed, and how they want the band to evolve their core progressive punk hybrid sound.

‘Killing Heroes’ then transitions into the sophomore tune on Initial Mass’ latest album, which is one of the best songs on the record. The title track features a unique rhythm that’s driven by metallic-driven guitar riffs and Baldwin’s passionate tenor. Sonic pauses highlight the stellar, atmospheric tempo shifts that are also supported by enticing drums, which emphasize the stellar production value the group has become known for since its launch.

‘Bending Light’ is followed by another one of the album’s greatest entries, ‘Reason to Take,’ on which the musicians stunningly reinvent their instrumentation again. Like its predecessor, the record’s third song is also driven by an unparalleled production value, as well as an uptempo, enthralling beat. The track is a powerful anthem about the benefits of people not being afraid of venturing out on their own, as they can achieve more if they’re not being held down by others.

Another enticing tune on Initial Mass’ upcoming record is ‘Piece by Piece,’ which features a pulsating energy that’s driven by electrifying guitars. Baldwin’s dark and brooding vocals also reflect his emotional pain, as he reflects on his efforts of finding a way to break free from the person who’s holding him back.

‘Bending Light’ begins to wind down with its penultimate entry, ‘Years Past,’ which proves the musicians’ vulnerability and versatility through emotional guitar riffs, drum beats and vocals. Beginning with a unique and slower-paced instrumentation, the song’s tempo unexpectedly speeds up about a minute-and-a-half in, as Baldwin ponders what to do with in his relationship with the person he’s involved with, as he feels their path together remains unchanged. However, some of the promises they made to each other were broken, which leads to the singer-songwriter contemplating where their relationship is headed.

The final track on the new album is ‘Embers Within,’ which, like its predecessor, also starts on a soothing note, before it transitions into the trio’s signature gritty vocal and instrumentation styles. The last tune on ‘Bending Light’ further echoes Initial Mass’ versatility as a band, and reiterates the musicians’ powerful efforts to prove that they have something noteworthy, relevant and relatable to say.

The most radical music thrives on the emotionally expansive and innovative nature of its lyrics and instrumentation, and refuses to conform to traditional expectations. Initial Mass is one such progressive rock band whose members thrive on the natural blend of their high octane energy with their dark and melodic nature to stand out. The trio features an empowering built-in chemistry between longtime friends Baldwin, Robertson and Smith.

Initial Mass’ incredible camaraderie, unique punk rock sensibilities and signature complex arrangements are enthrallingly highlighted on ‘Bending Light.’ Their new set of songs is a reflection of where the musicians are headed, and how they want the group to evolve their core progressive punk hybrid sound.