One of the most important life skills that women can develop is discovering their inner strength and who they’re meant to be, but doing so may require a little help from their friends. Actress Robyn Lively’s character, Leslie, is embarking on that journey in the new dramedy, ‘Miss Arizona.’ In honor of the film being released in select AMC theaters and On Demand and Digital this Friday, July 12, by Cinedigm, ShockYa is posting an exclusive clip, which is titled ‘Finding the House.’

Cinedigm has released the following synopsis for ‘Miss Arizona’:

In the years since her pageant heyday, Rose (Braddy) has seen herself transform from an ambitious young woman to an unfulfilled housewife. So she accepts an invitation to teach a life skills class at a women’s shelter. As the tedium of another day begins, she finds herself pulled into an unexpected adventure when trouble shows up. The group makes their getaway with the help of the former beauty queen, and what starts off as an escape quickly turns into a wild all-night adventure through the streets of Los Angeles. From a quick trip to the drug store to an impromptu drag show, the four new friends take one final ride for Miss Arizona.

Inspired by the Women’s March in fall 2016, the dramedy’s writer-director, Autumn McAlpin penned the script quickly. She and producer DeAnna Cooper worked together to assemble a cast and crew that were comprised of over 70 percent women and/or people of color. The scribe-helmer said, “At a time when strong women’s voices are needed, I’m eager to contribute to the conversation with the hope that ‘Miss Arizona will empower those who need it most.” 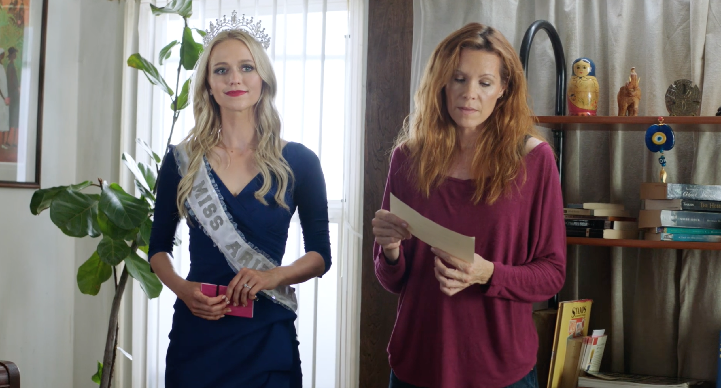