The Ground Beneath My Feet Movie Review 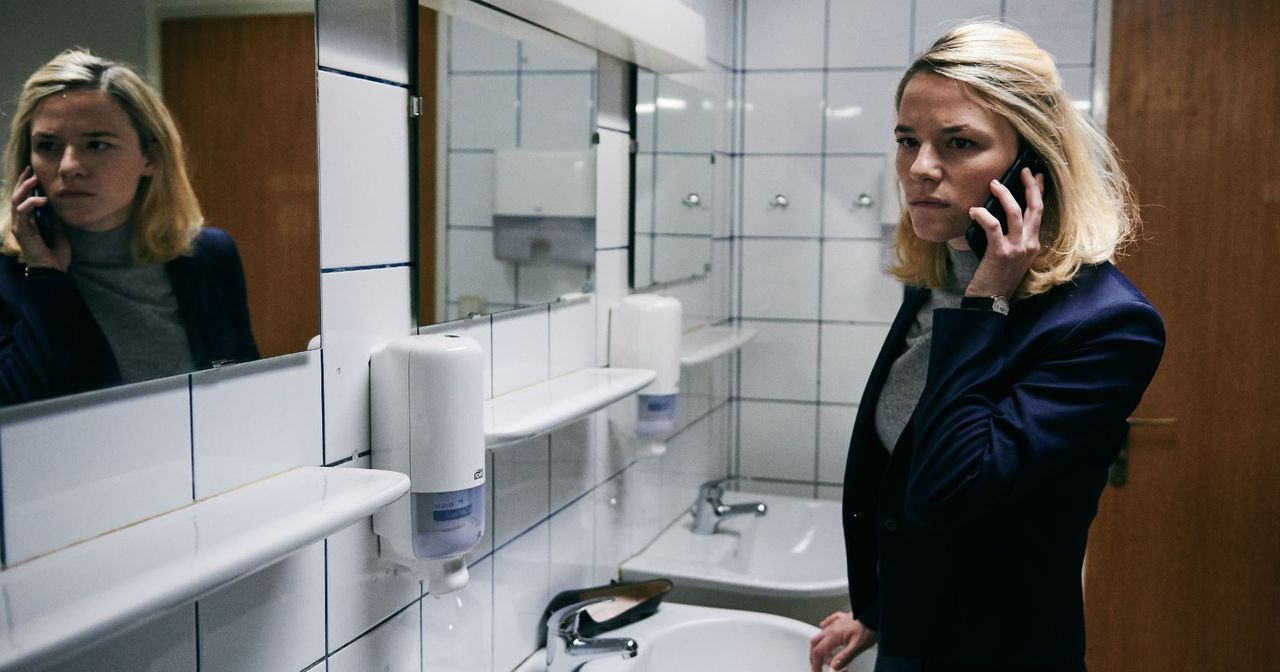 Though much is made of a woman diagnosed with paranoid schizophrenia, Austrian-born writer- director Marie Kreutzer—whose debut feature “The Fatherless” deals as does her current film with the effect on a family of the appearance of their sister—covers considerable ground. “The Ground Beneath My Feet” can be looked upon as an anti-capitalist reach, centered on the relationship of a yuppie business consultant with her lunatic half-sister. Most of all it should compel you to consider people who are always dressed to kill, walking about as an iconic image of success, looking you right in the eye with their perfect complexions and well-trained bodies, with remarkable poise, restrained emotion, and perfect grooming, as likely as not to be harboring barely repressed memories and a conflicted wish to rid themselves of some of the responsibilities dragging them down.

Such is the case with Lola (Valerie Pachner), a slim woman who at the age of thirty is already on the way up in a consulting job that may remind you of George Clooney’s profession in “Up in the Air” as a hit-man of sorts helping companies to downsize their personnel in order to show more health in the bottom line. Kreutzer, though, is not as interested as Jason Reitman in comedy, but in a carefully paced drama that might make you realize that you’ve spent too much time in the office. It helps that the film is anchored by a remarkable performance from Valerie Pachner, who was previously seen in “Egon Schiele: Death and the Maiden,” about an artist who scandalized Viennese society in the early 20th century with provocative paintings.

Much is made of Lola’s status as a single woman, an orphan with nobody capable of looking after her, though she is the legal guardian of Conny (Pia Hierzegger), her forty-year-old half sister who spends most of the story hospitalized in a Vienna psychiatric institution, clinging to Lola, complaining that she is being kept against her will and is physically punished for not doing what the staff insists that she do.

So far, whatever Lola wants, Lola gets, but she may have made a mistake in telling her lover about her schizoid sister, as Elise begins to wonder whether mental illness runs in Lola’s family. Climaxes arrive in both Lola’s professional life and her family bonds, as Elise must make a decision on promotions in her staff, and Lola must bear an even greater burden when her sister is released and set up in her own flat. However, in a small scene that would be comical if it did not strike home here in the U.S., a male executive in the firm that has contracted with Lola’s not only hits on her while having steak in an upscale restaurant but tells her flat-out that many males would put their hands under the table and into her thighs but that “I am not like that.” In another small scene that appears to show her political views, when a homeless woman asks for fifty cents and is ignored by Lola, she curses Lola, calls her a “rich woman” and worse, receiving a curt answer from Lola that the woman’s poverty is her own fault.

This is quite the film, mixing business with, well, some pleasure but mostly family heartache, editor Ulrike Kofler taking us back and forth, exposing what some of us in the audience undoubtedly face: how to spread our lives around from our professional duties to our family obligations without suffering at least one nervous breakdown in our lives. The ensemble do a splendid job, some serving like a Greek chorus to serve as background to Lola while a select few, particularly Pia Hierzegger as her loony sister and Mavie Hoerbiger as her immediate superior represent Lola’s family life and business tensions respectively.

In German with English subtitles.