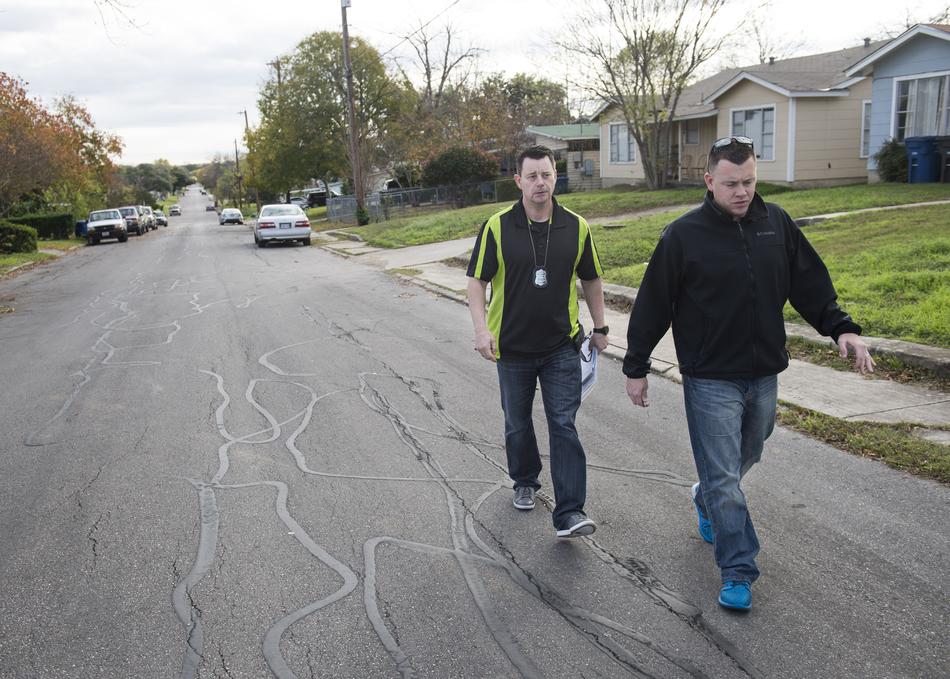 A still from director-producer Jenifer McShane’s documentary, ‘Ernie and Joe.’

Responding to an emergency medical call is actually only the first step in treating health crisis, both in the physical and mental senses. The way that not only health care providers, but also society in general, views and approaches contending with mental health overall is one of the most important aspects that are plaguing the public today. The examination into how everyone can increase the understanding of mental health is powerfully explored in the new documentary, ‘Ernie & Joe,’ which was directed and produced by Jenifer McShane.

The feature had its World Premiere in the Documentary Feature Competition section at this spring’s SXSW, where it received Special Jury Recognition. HBO Documentary Films then acquired the North American TV and streaming rights to the movie last month

‘Ernie & Joe’ is an immersive look at the issues involved when the worlds of mentally ill and law enforcement intersect. Part buddy film, part social commentary, and vérité in its approach, the story audiences on a personal journey, as it weaves together their experiences during daily encounters with people in crisis. These two officers are not your everyday cops; they’re part of the San Antonio Police Department’s 10-person Mental Health Unit.

McShane generously took the time during SXSW to sit down at the Residence Inn by Marriott Austin Downtown/Convention Center hotel for an exclusive interview. Among other things, the filmmaker discussed that she was drawn to direct ‘Ernie & Joe’ because while she was making her previous documentary, ‘Mothers of Bedford,’ which is about prisoners who have untreated mental health issues, she realized how important it is to raise awareness about such an important social issue. The helmer also appreciated the heartfelt reception that her new movie received from audiences who attended its screenings during SXSW.

The conversation began with McShane discussing why she was interested in directing ‘Ernie & Joe.’ She noted that ‘Mothers of Bedford’ is about “mothers in prison. So it’s a story about parenting, and how to have that connection with your child, both during and after incarceration. While I was making that film, it was very obvious to me that there are many people who are sitting behind bars who have untreated mental health issues,” she revealed.

“So when I learned of this work happening in San Antonio, it really spoke to me. It somewhat spoke on the issues that are featured in my first project,” the helmer added.

“So I came out and spent some time with the Mental Health Unit, and specifically with Ernie and Joe, before I even had a camera. I just came to visit, and ride along with, them. Once I was sure that this program was the real deal, I decided to make the film,” McShane further explained.

Once the filmmaker decided to make the documentary, the research was also a process that she thoroughly embraced. While she was helming ‘Mothers of Bedford,’ “the numbers weren’t clear, but there are a lot of people who are sitting behind bars who have mental illness. So that was what was driving me initially,” she admitted. “There are also so many tragic interactions between police officers and the mentally ill…So working with officers to identify when someone is in an emotional crisis can deescalate a situation.”

McShane was always interested in making ‘Ernie & Joe’ “a buddy film with a social commentary. That way, people can be along for the ride, instead of feeling as though they were getting a lecture. So my approach was to be as observational as possible. So I really just followed,” she divulged. “I sat with them in the car, and followed them from call to call. I also had them open up about their own lives, so that was really key to the project.”

The opportunity to also work with the documentary’s cinematographer, EJ Enriquez, was also something that the helmer cherished. “I was very fortunate to have a great team that’s based here in Austin. That was very important to me, because I’m on the East Coast. I knew that I was going to be coming out a lot, but I couldn’t be here in Texas all the time,” she revealed.

“There was actually one time when I was flying home, and something important happened here,” McShane also shared. “So EJ was able to turn around and film what was going on. He was crammed in the back of a police car, and was filming everything…He and I were in constant communication, in terms of trying to capture what was happening, while also staying a far distance away.”

The completed movie “seems to have had a profound effect on the community in San Antonio. Since the department has decided that this effort is a priority, the chief has said, ‘I want to train 100 percent of the new officers in this department. This matters, and all the cadets in the police academy need this training.’ By doing that, they’re saying that this is important, and they want to prevent tragedy,” the filmmaker emphasized.

“I think there are plenty of departments who want to train their officers. But San Antonio has a specific, stand-along mental health unit. I think it’s very important to have one unit, and this work is all they do. They offer support to patrol, and that’s all they do everyday,” McShane further noted. “The police also sit down once a month and have roundtable conversations with hospitals, and look at what’s working and what’s not working. That collaboration is what they really need, because it’s a community issue.”

The director also shared that she feels it was important to incorporate the doctors into the narrative of the film, as “Ernie and Joe were open about the fact that they’re not mental health professions. They’re just trying to divert the situation into a more appropriate avenue for people to get treatment.”

The conversation then turned to how the two title officers became involved in the San Antonio Police Department. “Ernie has been in the department for 22 years, so he was one of the officers who took the training when the department when it was first being introduced by the mental health authority…It became clear to Ernie how important this was…Once he was in the program and talking to people who were affected personally by mental health crisis, he reached a turning point. He then became determined to lobby for a mental health unit within the department,” McShane also disclosed.

Working with ‘Ernie & Joe’s editor, Toby Shimin, once principal photography was completed was an experience that the filmmaker called “amazing. Editing is often my favorite part, because you have all these pieces that you have to figure out how you’re going to put together. It was quite a long process, because we had a lot of footage,” she explained.

“Once we edited everything down, we realized that if we made the scope smaller, it may have a broader effect, because then more people could really relate to the two main characters. We could also hit all of the same themes that I originally wanted to hit, in terms of the training and improving the dialogue…It was about picking up the things that would really resonate with viewers, including Ernie and Joe’s backstories, so that you could care about them as human beings, and understand where they’re coming from,” McShane added.

The experience of having ‘Ernie & Joe’ debut at SXSW was one that the helmer described as being “great. We’re so thrilled to be here at SXSW, as this is where we really wanted to premiere. We just finished the film about two weeks ago, so the timing couldn’t have been better. I also wanted it to be here, because this is such a Texas story, even though I see it as a national story. Since the characters are from Texas, I knew that if we premiered here, Ernie, Joe and the other members of the Mental Health Unit could attend, and they did-they attended the screenings on” March 9 and 10.

“The audiences were also great, so we couldn’t have asked for better,” McShane further gushed. “We got a standing ovation both days, and people wanted to talk honesty about their lives and their hope of things getting better. So I couldn’t think of a better way to introduce the film to the world.”