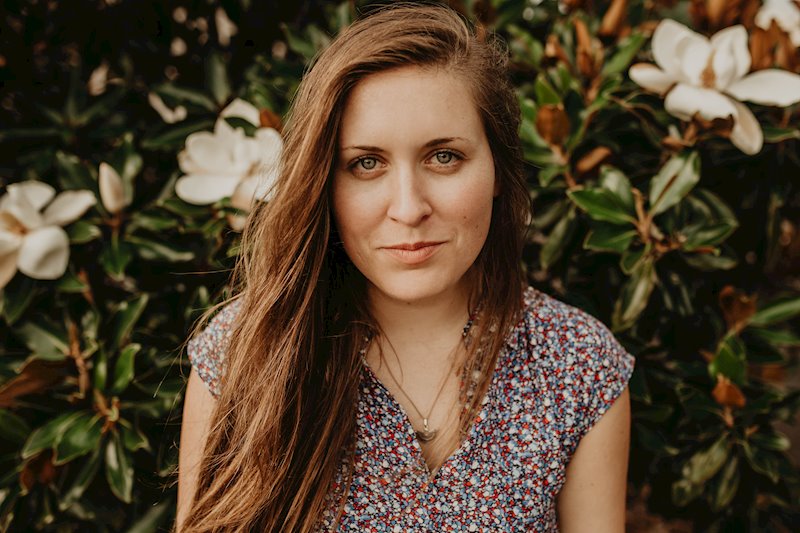 Singer-songwriter Tanya Gallagher releases her Americana-alt-country-pop EP, ‘One Hand On My Heart.’

EP: ‘One Hand On My Heart;’ Producer: Daniel Menzez

The ability to sing in deeply intimate tones about extremely personal experiences, and the emotions that accompany those encounters, isn’t a natural one that many musicians possess. But up-and-coming singer-songwriter, Tanya Gallagher, is one such musician who deserves national recognition for her deeply detailed and profound explorations into her private journey in life.

The Pensacola, Florida-based guitarist is set to release her new pop-infused six-track EP, ‘One Hand On My Heart,’ this Tuesday, August 6, on which she effortlessly professes her heart and soul. The musician isn’t afraid to share her sense of rejection in her romantic relationships throughout ‘One Hand On My Heart,’ as penning the new tunes that appear on the record helped her face her insecurities, and kept her moving forward.

The Americana and alt-country-inspired EP is a touching folk-influenced collection of melodic modern pop songs. The songs thrive on their minimal instrumentation and arrangements, particularly the acoustic guitar, which elegantly display Gallagher’s commanding and memorable voice.

The lyrics that appear on ‘One Hand On My Heart’ are heavily influenced by classic folk artists, including Joni Mitchell, along with such strong-willed and popular female singer-songwriters from the 1990s as Fiona Apple, Alanis Morissette and Sarah McLachlan. Gallagher’s vocals perfectly exude her insightful and personal lyrics, which are powerfully accompanied by her simple guitar chord progressions, elegant keyboards and graceful percussion.

The songwriter penned all of the songs on ‘One Hand On My Heart’ while she was pursuing a PhD in forestry in Vancouver. Heartbroken after a split with her longtime boyfriend, she nearly found the stress of academia too much to take. She credits being able to finish her PhD to her music, as she found a healthy outlet in songwriting. The six tracks on ‘One Hand On My Heart’ not only tell the tale of Gallagher’s heartbreak, but also her finding her place in society as a singer-songwriter.

The musician’s new EP begins with the atmospheric entry, ‘Dark Side,’ which is an Americana version of Apple’s work on her 1996 alternative-pop, Grammy Award-winning debut album, ‘Tidal.’ Driven by soulful organs and electronic pop-country guitar riffs and vocals, ‘Dark Side’ offers a brooding perspective of a relationship that’s on the brink of ending. Also intriguingly infused with a post-punk vibe that’s interwoven into its indie country and pop melodies and beats, Gallagher immediately proves what a clear vision she has for her music.

The singer stunningly proclaims through her sultry vocals on the record’s lead single that she doesn’t want the man who broke her heart to waste her time anymore. Having the potential to be a true commercial hit, ‘Dark Side’ proves how strong-willed she is as she accepts the ending of their connection. While she still feels the pain of the break-up, she’s powerfully proclaims that she’s determined to move on.

The sense of ease that Gallagher infused into her first single carries over to ‘One Hand On My Heart’s sophomore track, ‘A Little Effort.’ The second song on the record features a simple, ’70’s inspired alt-country production that provides the perfect platform for the musician’s sensuous vocals and stellar lyrics. Taking the lead from another strong-willed singer-songwriter, Morissette, Gallagher naturally crafted one of the best entries on her upcoming EP.

Driven by a sense of contemplative melancholy, ‘A Little Effort’ exceptionally reflects how Gallagher’s felt lonesome for a long time in her relationship. Against a backdrop of a soulful pop acoustic guitar, she passionately emotes that she now realizes that they can’t be more than friends, which makes the tune the perfect candidate to be an adult contemporary hit. While she contemplate what went wrong, Gallagher is now more accepting that relationship has ended than on ‘Dark Side,’ which infuses the sophomore entry with a more relatable and sentimental vibe.

The musician’s new EP then delves into its new single, ‘Barren Land,’ which Gallagher penned about the larger spiritual falling-out that accompanied her breakup. The vulnerability that the vocalist and scribe infused into the third entry of her upcoming record gives ‘One Hand On My Heart’ its emotional core.

The track truly shows off Gallagher’s superb craft as a songwriter, as she ponders how the man she loved didn’t allow her to truly live when they were together. She then proclaims that he’s now nothing but an old heartache, and she won’t let their love-turned-wrong bring her down and tear her apart. The emotional ballad is reminiscent of McLachlan’s biggest hits, as Gallagher proclaims that she gave the man she once loved everything she had, but they couldn’t make their relationship work.

‘Barren Land’ then transitions into ‘One Hand On My Heart’s next entry, ‘Mistake,’ which is one of its best songs. The musician infuses the tune with her signature sultry vocals, which are driven by a vibrant drum beat. Gallagher proclaims that the man she was involved with was only looking for someone to take him in. She now recognizes that to be one of his mistakes, which she won’t easily forget. As the singer proclaims that she’ll no longer be naïve, and won’t forgive his title error. Gallagher also relatably declares that he’s a mistake she won’t make again.

‘Mistake’ is followed up by the penultimate track on the musician’s new record, ‘Dolphin in the Snow,’ which offers the lightest vibe out of all six entries. Driven by upbeat, country-inspired guitar riffs and vocals, Gallagher compares herself to the title animal. The singer’s playful lyrics contemplate her place in the world, as she doesn’t necessarily completely fit into her environment anymore, following her journey. But she feels the most comfortable in her Florida lifestyle, and it’s a deal-breaker for her if any man she’s interested in in the future doesn’t fit into the life she set out for herself in her home state.

‘One Hand On My Heart’ then comes to an emotional end with the soulful tune, ‘Magic,’ which is one of the EP’s best entries. While it clocks in at just over five minutes and 15 seconds, the song returns to Gallagher’s true sentimental nature. She humbly admits that she’s been wrong before, and isn’t perfect. Since she realizes that she hasn’t made the best decisions in love, she now only wants a connection that’s truly magical.

The vocalist asserts that if the man she’s involved with isn’t crazy about her, then she doesn’t need to be in a relationship with him. She also doesn’t want to work hard to keep his interest, if it doesn’t happen naturally. After going through the pain and turmoil of heartbreak, she’s finally coming to terms with the end of their relationship, and is accepting that they may not be right for each other. Her acceptance that it’s time to say goodbye perfectly brings the break-up EP to a fitting and satisfying end.

Throughout her new EP, Gallagher soars in crafting sentimental and relatable lyricism that perfectly captures the complexities of her emotional journey, as she struggles to come to terms with the ending of her romantic relationship. She easily communicates her initial pain and despair, and eventual acceptance that her connection with the man she once loved is now over, through an impeccable vocal presence. Aided by alluring, engaging and captivating Americana, alt-country and pop-infused rhythms and melodies on the guitar and drums, the cumulative result on ‘One Hand On My Heart’ makes it an EP that’s guided by a remarkable musical and emotional depth that won’t soon be forgotten.