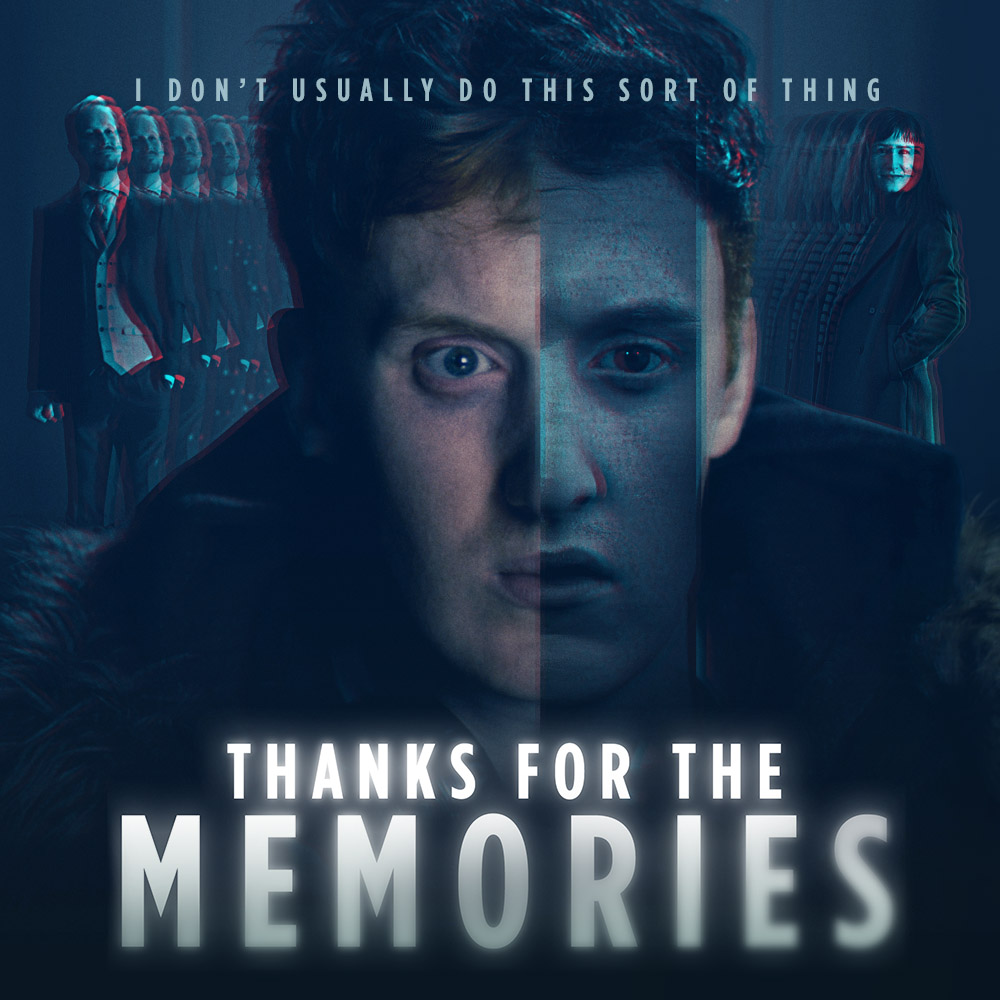 Key art for director Louis Norton-Selzer’s sci-fi short, ‘Thanks for the Memories,’ which stars Will Merrick.

Innocently looking for some excitement in an otherwise dull and uneventful life can lead people into a curious encounter and unusual proposition that they never could have expected. That’s certainly the case for actor Will Merrick’s protagonist, Joel Fink, in the upcoming short film, ‘Thanks for the Memories.’ In honor of Gunpowder & Sky‘s sci-fi label, DUST, debuting the drama this Thursday, September 5, ShockYa is exclusively premiering the teaser trailer for the project.

The movie was written by Felix Morgan, and directed by Louis Norton-Selzer. In addition to Merrick, ‘Thanks for the Memories’ also stars Jolyon Coy, Thea Collings and Ed Jones.

DUST has released the following synopsis for ‘Thanks for the Memories’:

Joel Fink finds himself in a travel agent being offered the trip of a lifetime – anything he could ever want at whatever cost. It won’t cost him a penny, but there is one catch: he won’t remember any of it when he gets back. Why would anyone do that? The agent’s reply: it all depends on what you value more, memories or experiences? Joel decides experiences. It’s only when the agent opens Joel’s large file that we see it’s not the first trip he’s been on…not by a long stretch.

DUST, a division of global content studio Gunpowder & Sky, is the first premium sci-fi entertainment brand that reaches fans across all platforms. Giving voice to both emerging and established filmmakers, DUST explores the future of humanity through the lens of science and technology. From timeless classics to cutting-edge movies, series, short films and podcasts, DUST acquires, produces and distributes all content types. DUST operates its own channels that are available on multiple platforms, including YouTube, Facebook, VRV, Pluto, Xumo, Samsung Plus, Sincalir’s STIRR, Sinclair’s TBD, NBC Watchback and Vizio.

Title
Exclusive 'Thanks for the Memories' Teaser Trailer
Description

ShockYa is exclusively premiering the teaser trailer for director Louis Norton-Selzer's sci-fi short, 'Thanks for the Memories,' which stars Will Merrick.