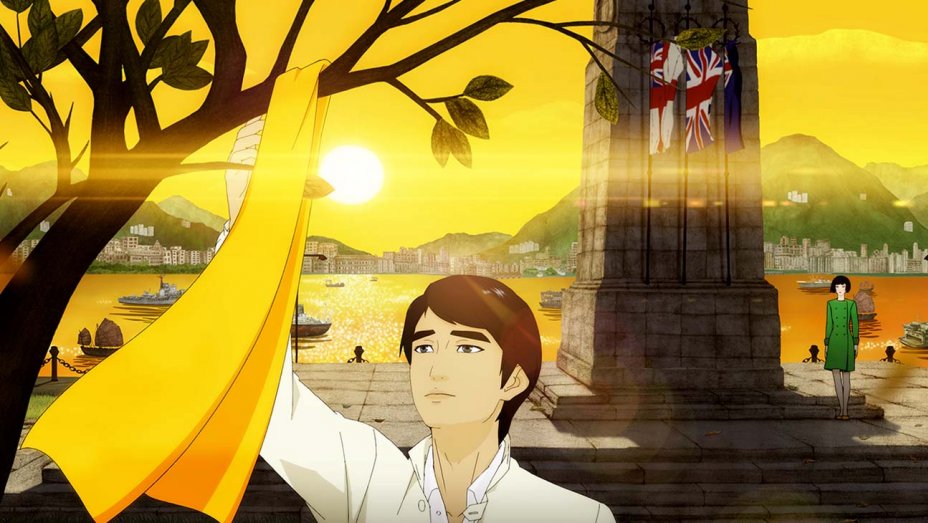 This film is an utter dream of what Virginia Woolf would define as the flight of the mind, that determines our being and self-awareness. A stupendous stream of consciousness intertwines Yonfan’s beloved literature and movies (that are experienced by his characters), within a very simple story.

No.7 Cherry Lane takes place during the rise of the materialistic comfort of life in the 1960s in Hong Kong. Our narrative tells the tale of Ziming, a Hong Kong University undergraduate, entangled between his amorous feelings for a self-exiled mother Mrs Yu from Taiwan in the White Terror period, and her beautiful daughter Meiling.

This marks Yonfan’s first attempt at animation, and he explained his choice as being the only art that could express his “desolation of splendour.” The visual result is magical, intriguing, fantastical, mesmeric and outstanding. Different styles of paintings blend with each other, as do the eastern and western cultures, and even music that ranges from the classical form to street music and even Chinese Opera. This delicate animation evokes a nostalgic Hong Kong in people’s minds yet a fascinating perspective that has never been seen before. Animators rendered all the caricatures in 3-D before hand-drawing them in 2-D — this lengthy process is said to be a first for feature animation.

Yonfan defined No.7 Cherry Lane as his love letter to Hong Kong and cinema, as he described: “It is a story of love in desperation with all the contradictory ingredients: in and out, high and low, vice and virtue, war and peace, beauty and the beast, east and west, unorthodox and classical, spiritual and physical… all of these are merged into thousands of hand drawn images that nourish the whole film. This is a story about yesterday, today and tomorrow. Above all, it is a film of liberation.”