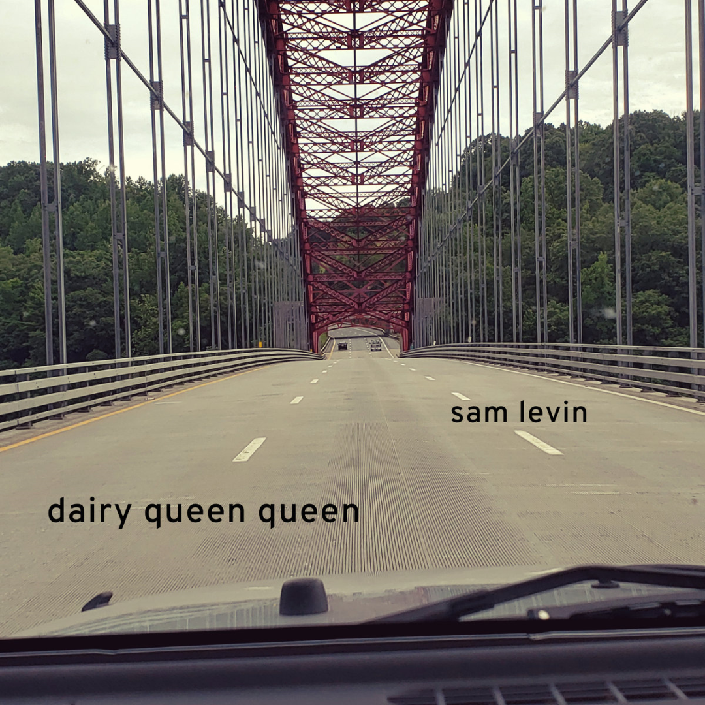 The joy of music is often driven by musicians being able to capture relatable moments in their lyrics that all of their listeners can understand. Singer-songwriter Sam Levin is a prime example of an artist being able to effortlessly transcend nominal situations and emotions in the words that he shared with the world. The New York-based musician is compellingly sharing his multitude of feelings on his powerfully alluring new acoustic single, ‘Dairy Queen Queen,’ which was released yesterday, including on Bandcamp.

Rather than solely writing tracks about himself and the details of his life and relationships, Levin proves what an innovative, creative artist he is by crafting relatable lyrics that thrive on exploring universal feelings. Also a talented multi-instrumentalist, who plays all of the instruments on all of his tunes, the musician expertly fuses uniquely eclectic elements with electronic sensibilities and acoustic experimentation. ‘Dairy Queen Queen’ is a prime example of his exhilarating background in, and knowledge of, rock, jazz and alternative music, which creates an unconventional and engaging sound.

Levin’s latest indie-pop single showcases his natural ability to soulfully embrace his contemplation of the people he passes and meets while he’s traveling. Backed by his masterful acoustic-folk-inspired guitar strumming, Levin instantly stirs up sentimental emotions in ‘Dairy Queen Queen,’ which passionately last throughout the entirety of the track.

The singer-songwriter infused a mature meaning behind the tune’s lyrics, as he croons that he while he doesn’t truly get to know the people he passes and meet while he’s on the road, and can’t always do anything to help them, he’ll never forget them. He showcases his humanity as he croons about caring about the people he meets, and humbly expresses his gratitude for being able to continue performing. Levin’s compassionate nature leads to ‘Dairy Queen Queen’ having a repeatability factor that can surely make it a commercial hit.

The satisfaction of music is often driven by musicians being able to capture relatable moments in their lyrics that all of their listeners can appreciate. Levin is a prime example of a singer-songwriter-instrumentalist who naturally transcends nominal situations and emotions in the words that he shared with the world. The New York-based artist is enthrallingly sharing his multitude of emotions on his mesmerizing and captivating snew single, ‘Dairy Queen Queen.’

Cancel reply
The Death of Dick Long Review: A basket of deplorables
The Day Shall Come Review: Kudos especially to Marchánt Davis
To Top