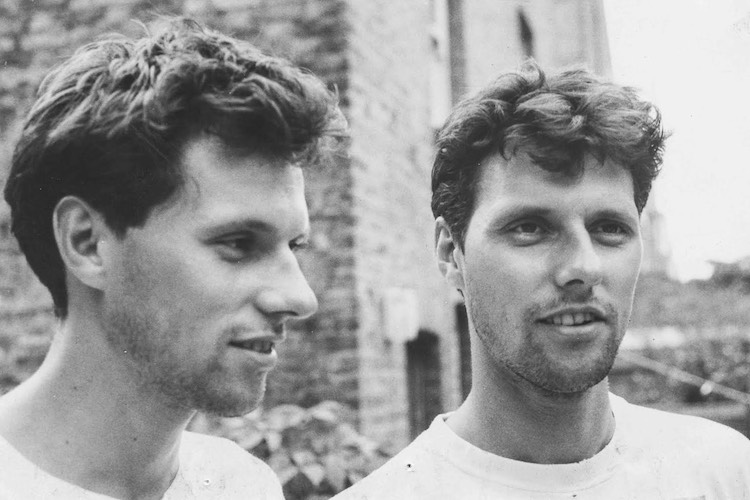 When Cain asked God “Am I my brother’s keeper?” he may have meant the question to be rhetorical and, indeed, he got no response. This is a question that many families around the world ask, with different answers offered depending on whether siblings are close or distant. There’s no doubt that Ed Perkins’ film “Tell Me Who I Am,” to be streamed on Netflix as of Oct. 18, provides an answer for one English family, one with an apparent aristocratic background, living in a spacious country house in one of the Home Counties (those areas that surround London such as Berkshire, Essex and Surrey).

The story written by twin brothers Alex Lewis and Marcus Lewis has been published in 2013, available on Amazon for under $11, doubtless giving the readers more answers and details than can be found in this too-brief documentary. While Alex and Marcus are the same age, we in the audience can believe that Marcus has been the dominant one, his brother’s keeper. And this is all the more so since Alex suffered a traumatic motorcycle accident when he was eighteen, leading to full-scale amnesia. His life is really starting over. His memories are gone, though Marcus has been game to briefing him about their lives together. Yet for over three decades, there is one series of incidents that Marcus had repressed and has been unwilling to tell Alex all these years. A series incidents changed Marcus’s life, made him refuse to forgive his father on the old man’s deathbed while Alex was perfectly willing to do. It’s as though Alex would say to Marcus, “He’ll be dead in days or hours: what’s the problem?” In most cases that’s the least a son can do. Apparently, though, dad has been an enabler in a series of horrendous acts of perversity, and Marcus (correctly, I think) had been reluctant to bringing those childhood events back into Marcus’s mind. Until now.

It would be unfair, a spoiler, for a review to reveal just what happened to cause severe family dysfunction, as if Agatha Christie revealed the name of the murderer on the front page of “And Then There Were None.” Suffice it to say that “Tell Me Who I Am” is not a study of amnesia, but rather than it uses Alex’s amnesia as a catalyst to tell a story. The problem I have, perhaps a minor one, is that this tale of repression would find a better home on the stage. Even the movie divides the 85 minutes into three acts. Ed Perkins, whose short TV documentaries include “Bare Knuckles Fight Club” (Brits competing without boxing gloves), “Comic Store Heroes” (about the largest comic book store in the U.S.) and “If I Die on Mars” (looking into why people would volunteer on a suicide mission), evokes solid performances from Alex and Marcus.

The brothers, who do almost everything together (including some strange activities ending when they were 14), run a successful business. Specifically they are among the founders of Fundu Lagoon in Pemba, Zanzibar, a hotel known throughout Africa. Now if you want to open up “Tell Me Who I Am” into a two-hour action story, you’d do well to follow the lives of the twins from debutante balls in the 1950s to raves on a remote Pacific island in the 1990s right up to the creation of this magnificent hotel on a multi-cultural African island built in part by locals who had never seen a white person before.

Cancel reply
Cyrano, My Love Review: A fast-moving comedy-drama that builds excitement
#Female Pleasure Review: You will be attentive to the sharp visuals
To Top