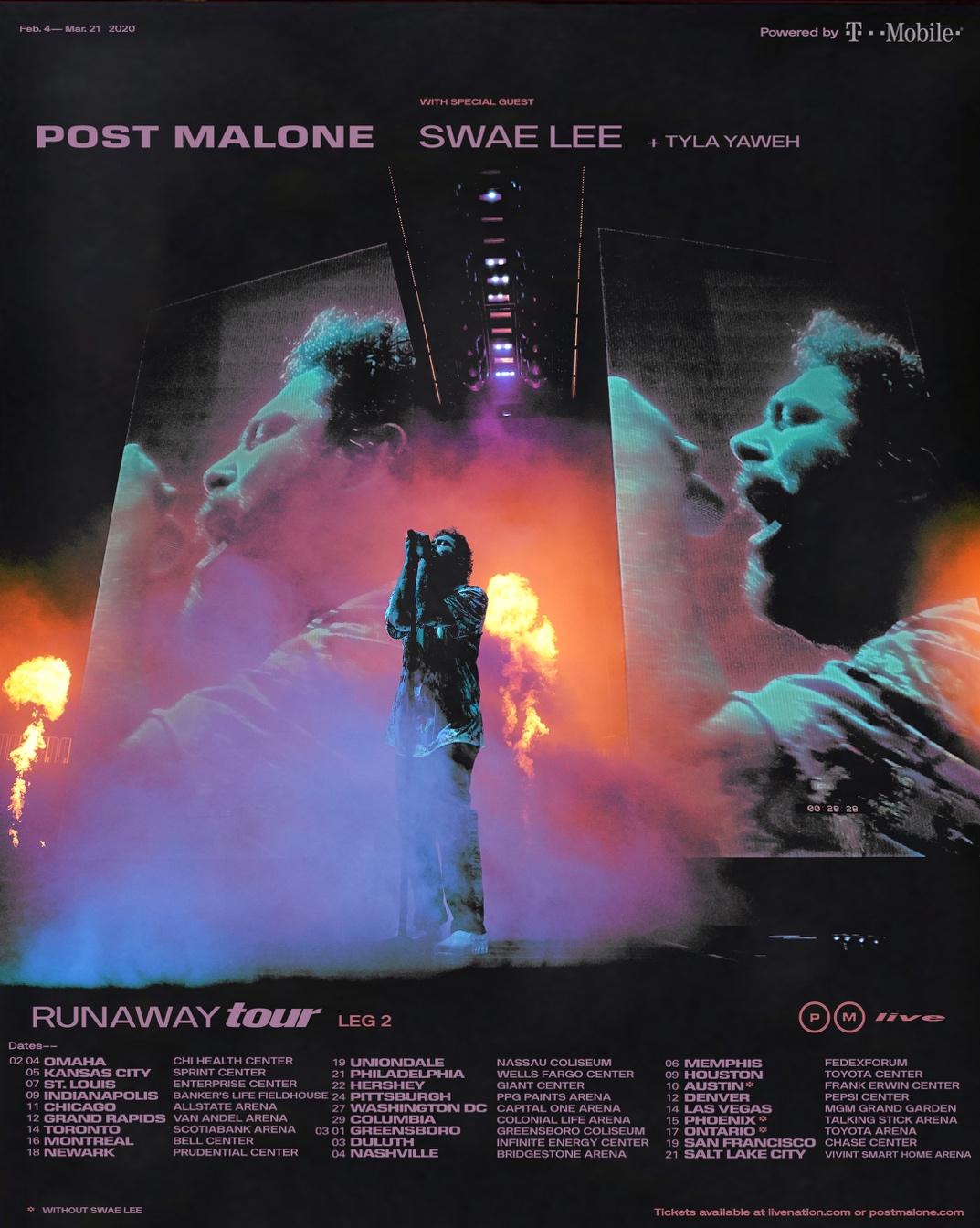 Grammy Award-nominated rapper, Post Malone announces the second leg of his Runaway Tour, which is slated for winter 2020.

Post Malone is offering an early holiday present to his fans: the Grammy Award-nominated rapper has announced that he has extended his Runaway Tour, and will launch the second leg of performances in winter 2020. The diamond-certified artist will be joined by special guests, including Southern hip-hop artist, Swae Lee, and R&B-hip-hop-pop-rock artist, Tyla Yaweh.

Produced by Live Nation, the Runaway Tour returns to the road on February 4 in Omaha, Nebraska at CHI Health Center. The show will then visit major cities across the United States and Canada. The show closes out on March 21 at Vivint Smart Home Arena in his new home of Salt Lake City. Dates for the tour can be found on Post Malone’s official website.

T-Mobile customers can get exclusive access to stage-front pit tickets at every U.S. concert, as close as any fan can get to the stage-even at sold-out stops!.Un-carrier customers can get Reserved Tickets starting 30 days prior to each show at first day prices-just another way T-Mobile thanks its customers simply for being customers. For tickets and more information, visit the music page on T-Mobile’s official website.

Post Malone‘s latest album, ‘Hollywood’s Bleeding,’ which is now available on Republic Records, recently returned to #1 on the Billboard Top 200 for the fifth non-consecutive week. The feat marks the longest run atop the chart this year. It stands out as the biggest album event of 2019. 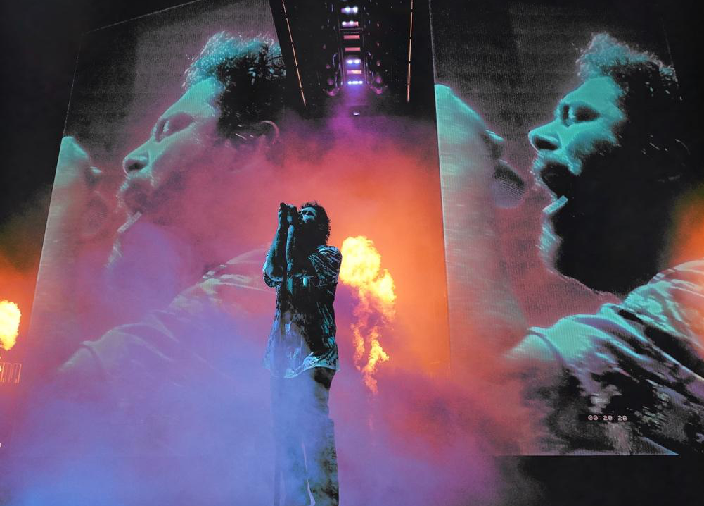