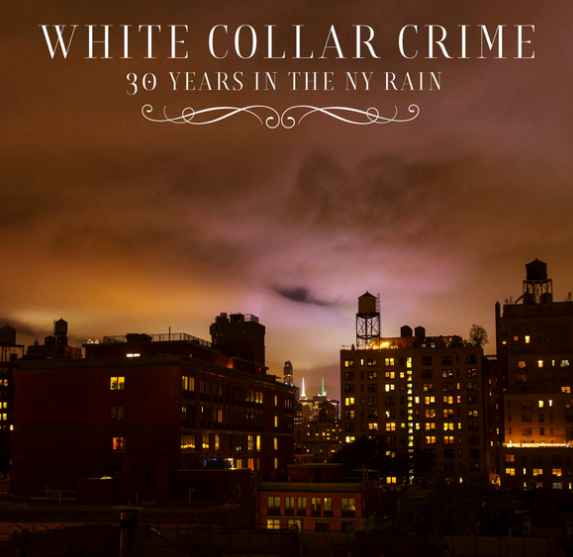 Crafting a successful, long-standing career that’s rooted in an intimate sense of community is usually a challenge, especially in a competitive place like New York City. But the versatile sextet, White Collar Crime is the compelling definition of a prosperous band in America’s largest and most ambitious metropolis.

In honor of the six-member group’s 30th anniversary, the musicians are gearing up to release their upcoming retrospective album, “30 Years In The New York Rain.” The 12-track collection includes four new studio cuts, five songs from their previously released recordings and several high-quality live performances from New York’s Triad Theater.

In anticipation of the record’s forthcoming distribution, White Collar Crime unveiled a two-track preview EP earlier this month. The EP showcases how the band members draw on their home city, especially its ever-present striking and gripping energy, during their creative process.

White Collar Crime has garnered a sophisticated rock vibe over the past three decades, as several of its members are lawyers. The refined attorneys by day morph into edgy rockers by night, who write and play their own music in recording studios and clubs across New York. The unique blend of the musicians’ cultured and free-spirited natures are highlighted throughout the “30 Years In The New York Rain” EP.

‘Dream the Dream’ is one of the alluringly captivating entries on White Collar Crime’s new EP. Supported by a mix of enticing strings and electrifying guitar that gives off an impressive and memorable country-indie rock vibe, singers Matt King and Andrea Urban emotionally croon that they’ll never let each other go. While they both pursue their personal dreams, they also promise that they won’t let each other down. They reveal that sometimes they push each other away, as they’re afraid the other’s touch will be too much for them too bear. But the song is an inspirational beacon of faith that offers people the hope that they can truly succeed together.

The other cultivating track that makes up the “30 Years In The New York Rain” EP is ‘To Be Real,’ which features contemplative blend of keys and guitar. The beautiful instrumentation supports a stunning indie rock vibe that drives the ’90s-inspired rock vocals.

The singers croon about their questioning of whether or not they have done what they were supposed to, as well as their pondering of what direction the rest of their lives should take. King also grippingly emotes that all he wants right now is to hold onto something that’s real. That tone contributes to the song’s overall tone, which will make it the perfect score for a movie scene about the importance of continued growth in relationships.

The two-track “30 Years In The New York Rain” preview EP is the epitome of White Collar Crime’s classic rock vibe that has helped make the band a classic part of the New York City music scene. The stunning blend of instrumentation and lyrics about finding and maintaining a real, meaningful connection helps preserve the group’s sense of community. The accomplished, seasoned musicians’ new release proves that they’re the mesmerizing definition of a prosperous band in America’s largest and most ambitious metropolis, whose members use their surrounding energy and environment to succeed in their professional and personal lives.

For more information on White Collar Crime, visit the band’s official website, as well as its Facebook and ReverbNation pages.