Daniel Radcliffe and Daniel Webber won’t give up hope that they can ‘Escape from Pretoria’ in the newly released official trailer for the upcoming thriller. The trailer was unveiled by Momentum Pictures, which is set to release the film on Friday, March 6 in theaters and On Demand and Digital.

In addition to Radcliffe and Webber, ‘Escape from Pretoria’ also stars Ian Hart, Mark Leonard Winter and Nathan Page. The drama was directed by Francis Annan, who also co-wrote the script with LH Adams.

The screenplay is based on Tim Jenkin’s autobiography, ‘Inside Out: Escape from Pretoria Prison.’ The movie is based on the real-life prison break of two political captives-Jenkin, who’s played by Radcliffe, and Stephen Lee, who’s portrayed by Webber, in ‘Escape from Pretoria’-during the tumultuous apartheid days of South Africa. 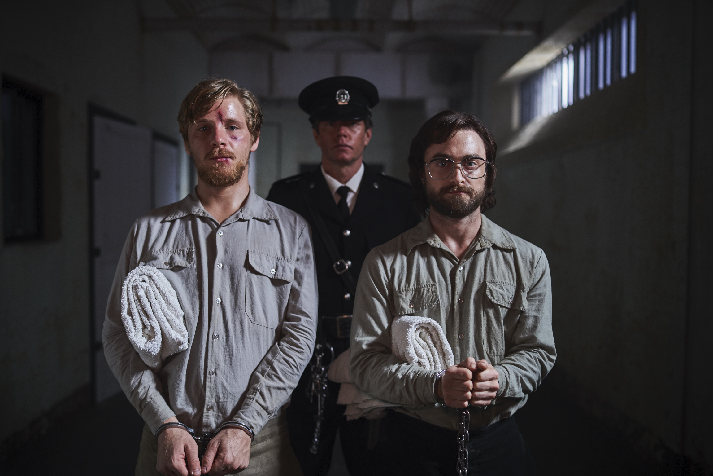