Actress Rebekka Nystabakk and ‘Game of Thrones’ actor Kristofer Hivju are taking an emotional trip to the morgue in their buzz-worthy new MHz Choice television series, ‘Twin.’ In honor of the acclaimed Scandi show premiering in the U.S. this Tuesday, February 4, ShockYa is debuting an exclusive clip from the suspense drama, which is titled ‘The Morgue.’

In ‘The Morgue,’ Nystabakk’s character, Ingrid, is joined by her dead husband’s identical twin, who she convinced to take on his brother’s identity after a tragic accident. The duo go to the morgue to identify a body, which is actually Ingrid’s husband, but who she claims is his twin. Hivju plays both of the twins on the series.

Kristoffer Metcalfe and Erika Calmeyer directed the Norwegian-language series, which was produced by Nordisk Film Production. In addition to starring on the dark psychological drama, Hivju also served as a co-creator.

MHz Choice has released the following synopsis for ‘Twin’:

Erik and Adam (Hivju) are identical twin brothers, but are living completely different lives. Erik is a broke surfer bum, while Adam is a successful family and businessman. When Erik seeks out his brother for the first time in 15 years, a quarrel ends with Erik and Adam’s wife, Ingrid (Nystabakk), accidentally killing Adam. To avoid getting arrested for murder and save his brother’s family, Erik takes over Adam’s identity. It soon turns out that the biggest challenge is not avoiding getting caught – it’s pretending to be someone you’re not. 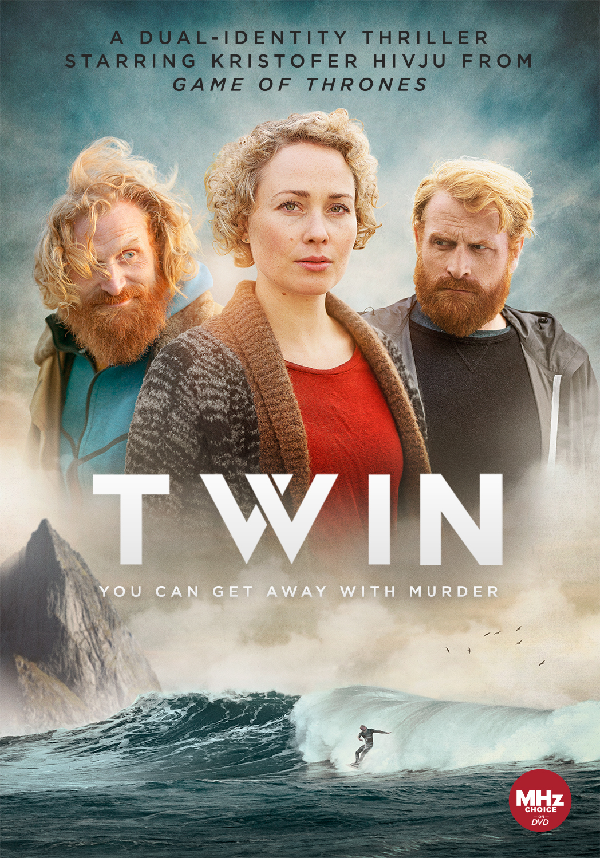 ShockYa is premiering an exclusive clip from the second episode of the psychological suspense drama series, 'Twin,' which features actor Kristofer Hivju and actress Rebekka Nystabakk.