Until The Birds Return Movie Review 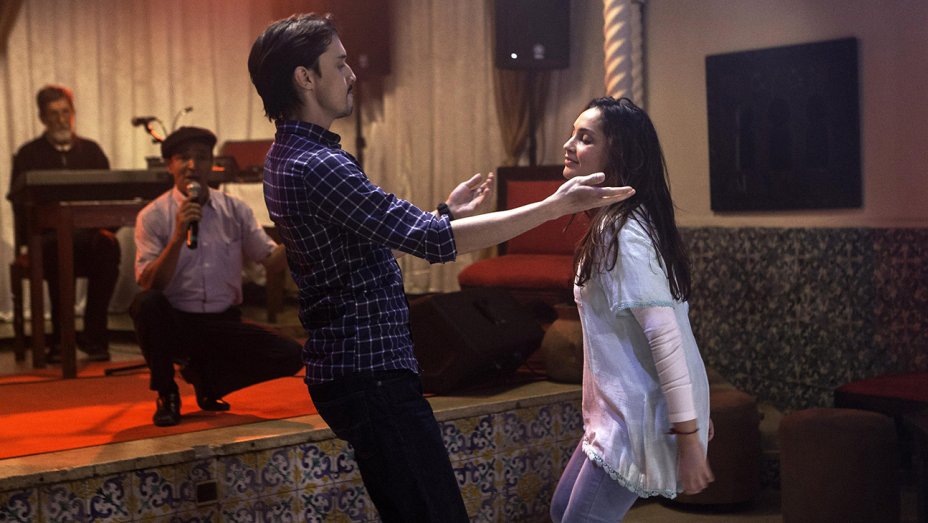 An intriguing first feature by Karim Moussaoui filmed in Algeria is an eye-opener, not the least because it gives us in the West a picture of a country that some of us believe to be merely developing. Instead, by opening up parts of the country via a road trip, we can see well-built highways albeit with a lack of traffic that could make Angelenos turning green with envy. The three stories are only slightly connected, an Altmanesque format is not used, but through a look at three generations of Algerians, we get a picture of a place that few of us here in the U.S. have visited (Morocco gets the lion’s share of the Mahreb’s tourism). In fact much of what we see indulges scenes that I thought would be censored by the Algerian government, showing the cavorting of men and women, the latter taking off their hijabs and shaking up their hair and their hips, which would be obviously condemned by any Saudi official. The freedom exhibited here is mighty refreshing.

The middle story is easily the most interesting, as Moussaoui and his co-writer Maud Ameline appear merely to be warming us up for the delicious tale to come. But first: Mourad (Mohamed Djourhri) is a builder whose problems are not so much with his professional life but with family hassles. His ex-wife Lila (Sonie Mekkious), whom he visits in order to see his son, pressures him to motivate their son to become a doctor, but the lad cannot be budged. At the same time his second wife (Aure Atika) is fed up with Algeria and wants to return to France. In addition, on the road Mourad gets a flat tire and, in a dark, remote area he witnesses a man being beaten “to a pulp,” as he puts it to Lila, who criticizes him for not reporting the action to the police—even when he is safely home.

Better luck comes to Djali (Mehdi Ramdani), Mourad’s employee, who gets a few days off to drive a neighbor to a wedding, though he and Aïcha (Hania Amar), had been secret lovers. Aïcha is in no mood to celebrate the upcoming nuptials to “a good man,” so when her father takes ill and must be hospitalized overnight, he entrusts Djali to drive his daughter to place to spend the night, paying him to get separate rooms at a hotel for the night. Taking a break from the driving, Djali walks behind her and is repelled as though dealing with a woman playing hard to get, but lust will out. When they enter an empty bar, the musicians strike up a vigorous tune. A seductive Aïcha asks Djali to dance, and while waiting for him to make up his mind, she proceeds to shed inhibitions in the film’s most exciting part. Like a Greek chorus, a large group of dancers and musicians follow the two back to their car.

Shades of Harvey Weinstein in the final episode, as Dahman (Hassan Kachach), a neurologist intent on a promotion to a hospital directorship, is caught up in an accusation. The woman (Nadia Kaci) has spent months looking for the physician whom she is accusing of rape during a time that a group of terrorists during the Algeria’s sectarian war of the 1990s subjected her to gang rape. He threatens her, but she sits, confidently crosses her legs, and insists that he is guilty. What’s more she has an autistic son in the rickety house. The doctor is charged not with taking part in the rape but in doing nothing to stop the men. (This is a possible reference to the incident with Mourad in the opener who refuses to call the police upon witnessing a beating.)

Among the happier moments in a generally somber tale the doctor, who is marrying a much younger woman, takes part in a wedding dance to the accompaniment of a large group of enthusiastic guests. Among the good qualities of the movie is that aside from the time that music is actually needed as part of the action, “Until the Birds Return” avoids Hollywood movies’ often intrusive music in the soundtrack.

In Arabic and French with English subtitles.