“The Reefer Bowl,” “A Joint Venture?” and “Weed FC” are a few of the suggestions from fans excited about the possibility of Swissx’s Alki David and Mike Tyson’s bid to name Camp Nou; BBC Sport calls it “an Amazing Idea” 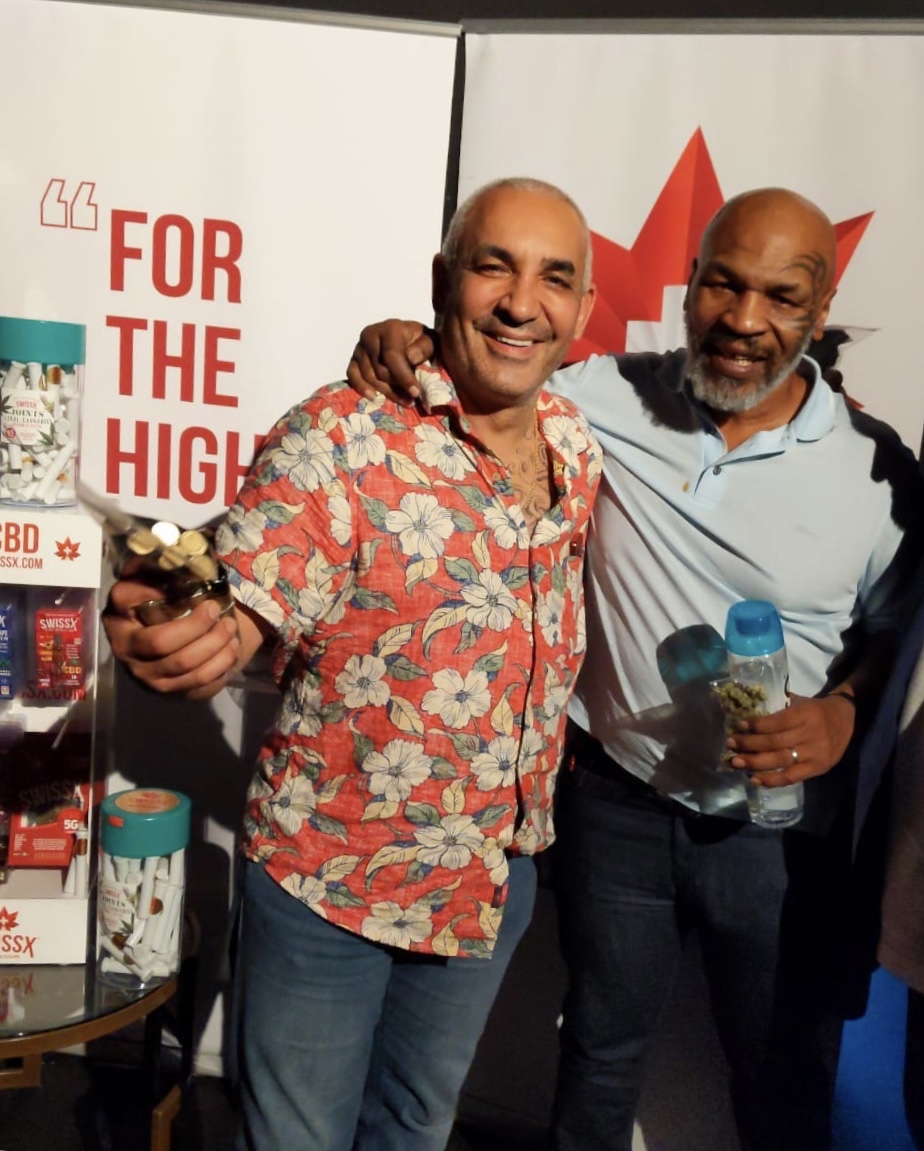 “That’s a little blunt,” one wag commented on a tweet from BBC Sport that called Alki David’s bid to name Camp Nou after his cannabis health company “an amazing idea”. “At least they play on grass,” another fan responded.

Clearly David has inspired the masses, who also came up with the names “The Toke Bowl” and “BarceToka”. Fans also posted GIFs of Cheech & Chong (and as it turns out Tommy Chong is a fan of Swissx). The Daily Mail broke the news on Thursday that Alki David was the first to put in a bid to buy the naming rights.

The Greek billionaire who owns Swissx as well as the streaming TV platform FilmOn TV, suggested the concessions stands at Camp Nou would carry his Swissx products, which include CBD formulas for stress, sex, and even pets.

“My dad almost played professional,” said Alki David about his love of soccer. “He was team captain at Trinity College, Dublin in the 1950’s.”

Mike Tyson and Alki David are working on several Swissx Island resorts–exclusive experiences that will give visitors use of cannabis and other bio medicine treatments in a luxury environment. Ground has broken in Antigua and Malibu and Alki David has announced he is looking into several islands to buy in Australia, after legalization made progress there earlier this year.

Other celebrity fans of Swissx include Jonathan Rhys Meyers (who was on the jet full of a million dollars in hemp seedlings that got Alki arrested in St. Kitts last year), Gerard Butler, Snoop Dogg, Ray J, Donatella Versace, Pamela Anderson, and Alki’s beach neighbor, Sting.