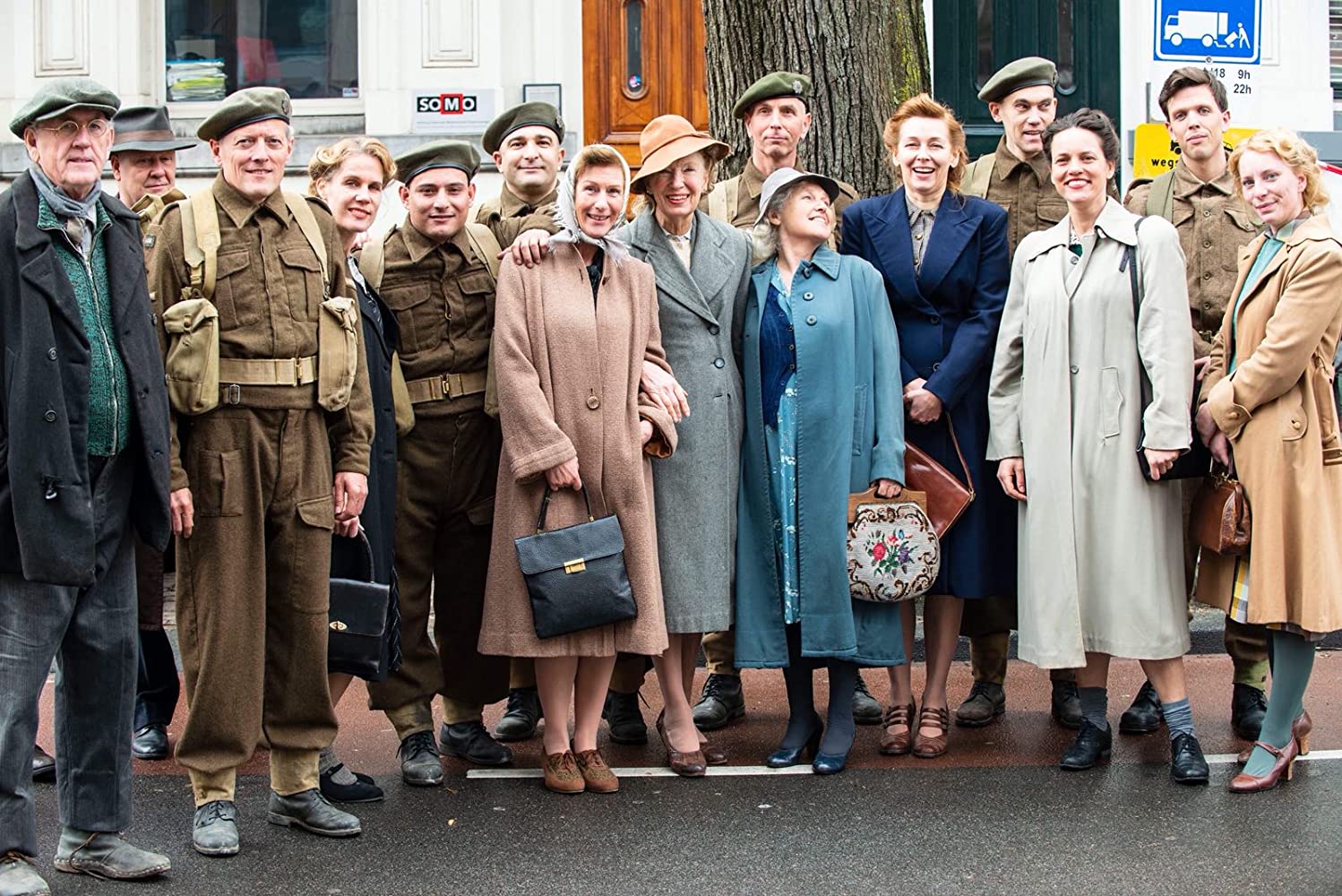 It’s about time that the film industry has come around to portraying a first class melodrama of one of the great forgeries in art history, one of many that allowed Hans van Meegeren to amass enough of a fortune to buy 52 properties and 15 country homes throughout Europe. Van Meegeren’s story has is covered in an elaborate Wikipedia essay, a fellow well known to the residents of the Netherlands but until now unfamiliar to the average American. “The Last Vermeer” is adapted from a book by Jonathan Lopez, “The Man Who Made Vermeers,” available on Amazon, now brought to life before cinematographer Rami Adefarasin lenses with all the splendor of Fort Widley in Portsmouth, England and Dordrecht, the Netherlands.

The film should cast Dan Friedkin in the limelight as a first-time director with a potential future in uncovering the lives of people as colorful as Van Meegeren, who thanks to this picture will allow us in the U.S. to dig further into aspects of the Third Reich rarely illuminated before. This film is graced by a stunning performance from Guy Pearce in the role of the forger who must have been thankful that he did not make the cut as a grade-A painter, but who amassed a fortune of thirty million dollars (that’s in 1943) by swindling the number 2 man in Hitler’s stable, art lover Hermann Göring. Implied in the tale is the certainty that if Göring knew he was taken advantage of, he would have had Van Meegeren shot. Then again, some of Van Meegeren’s countrymen might have done the deed given that Dutchmen who collaborated with the Nazis were tied behind a pole in a central square and shot before a mass of citizens screaming epithets.

The two central characters are Han van Meegeren (Guy Pearce) and Captain Joseph Piller (Claes Bang). The movie, like the book, emphasizes the captain’s Jewish background given his disgust with the Nazis for stealing hundreds of masterworks in the art world when Jews escaping the Nazis in the Netherlands as in most of the rest of Europe had to sell their collections for bargain basement prices. Presumably van Meegeren acquired these paintings partly for his collection, but always conspiring to sell them and accumulate vast riches. What Göring did not know was that the painting of “Christ and the Adulteress” that he bought from van Meegeren was not an original Vermeer and that in fact Vermeer had not been credited with the work at all. One must wonder—though the film does not—why Göring could not check on the complete list of the works of Johannes Vermeer (1632-1675) where he would discover that no such title exists.

The film is bogged down by a large number of characters, most if not all might be unfamiliar to American viewers. Otherwise the story involves throughout with several melodramatic touches, culminating in a dramatic courtroom scene presided over the three judges, with the Dutch people gathered outside seemingly favorable to van Meegeren as they credit him with swindling the Nazis. On the other hand the judges and the prosecutor are adamant about prosecuting the forger and giving him a death sentence, as they consider him a fellow who enriched himself by collaborating with Nazi bigwigs.

The women in the story get short exposure, lost in the maze of personages, including the forger’s ex-wife and his mistress, while Piller, a handsome Dutch fellow with a clear, penetrating voice, has his own bed mates. Yet Guy Pearce, well known to American audiences for roles in “Mary Queen of Scots,” “The Catcher Was a Spy” and as F. Scott Fitzgerald in “Genius” takes a role in which he is almost unrecognizable, giving support to Claes Bang, recently seen in the wonderful “The Burnt Orange Heresy,” which also deals with the world of painting.

An epilogue that tries to imitate some of the novels of John Grisham—wherein a winning case unravels in the final pages—is unconvincing, dealing with a suggestion that the Dutch painter indeed collaborated with Hitler himself.