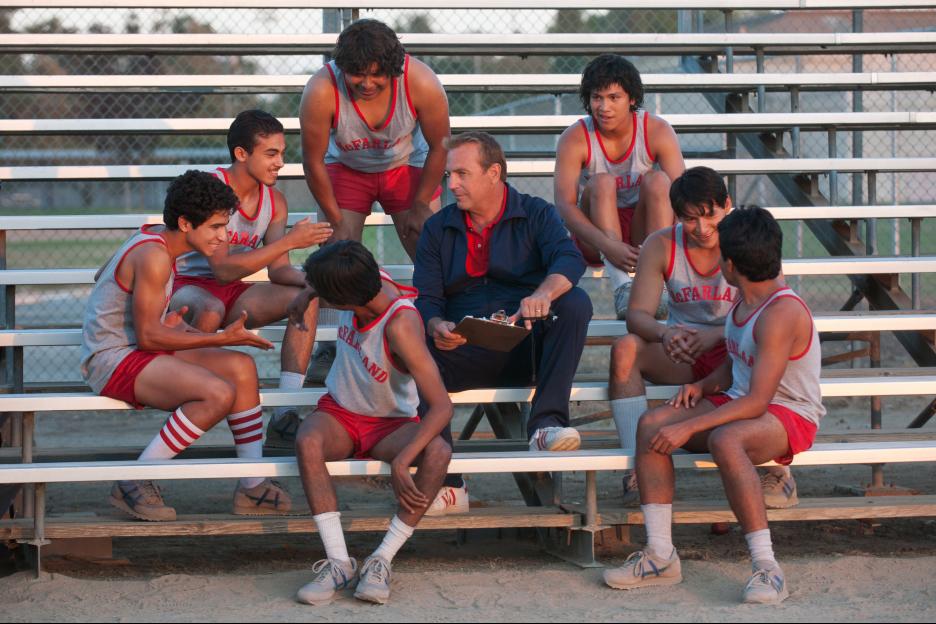 Sometimes it takes the unlikeliest of heroes to inspire others to overcome the odds and become champions. That’s certainly the case for the members and coach of the 1987 high school cross country team in the title California town of the biopic, ‘McFarland, USA.’ The 2015 sports film is based on the true story of the school’s track team, which features Kevin Costner as coach Jim White, who leads the athletes to unexpectedly win a state championship.

The critically acclaimed drama was written by Christopher Cleveland, Bettina Gilois and Grant Thompson, and directed by Niki Caro. In addition to Costner, the movie also stars Maria Bello and Morgan Saylor.

‘McFarland, USA’ is set to air on the BBC One channel today on Filmon TV. (Note that the BBC One channel is only available to viewers in the UK, or international users who have a paid subscription.) The film will be streamed from 6:30pm-8:35pm local time. It can be watched live, or recorded and watched at a later time.