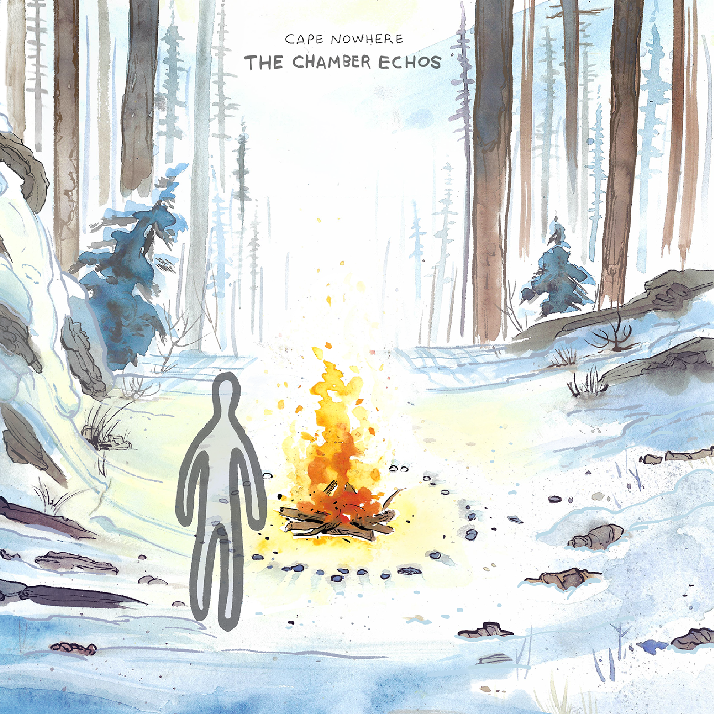 Freely exploring the sentimental reasons that inspire them to truly accept their emotional journeys throughout adulthood is a powerful motivator for many musicians. That’s certainly the case for the Tacoma, Washington-based indie rock band, Cape Nowhere, which just released its first full-length chamber pop album, ‘The Chamber Echos,’ on June 29. The quartet’s singer-songwriter and guitarist, Andrew Graham, soulfully reflected on the experience of people losing connection with the ones they love, and the subsequent at-times intimidating process of cautiously reconnecting with them later in life.

In honor of the 10-track record recently being distributed, the Pacific Northwest group has unveiled a two-song public preview stream, whose composition embraces the possibility that something new and important is on the horizon. The preview tunes also reflect on the unusual reality of how drastically life has been affected during the current uncertain times.

The initial preview song from ‘The Chamber Echos’ is the captivating ‘Winter in the North.’ Graham penned the grim, but equally hopeful, lyrics that are driven by atmospheric imagery. The rock track was in part inspired by the painful demise of a long-distance relationship that the band’s frontman experienced during his first year at college. The lyrics grippingly contemplate the difficult process of finding closure when the things people hold dear suddenly disappear.

An overall dreamy aesthetic is created on the slow-paced tune, which is driven in part by a rhythmic guitar and serene cymbals. The overall passionate beat is a stunning backdrop for Graham’s declaration that he’s trying to recover on his own as he reconsiders his perspective on his life.

‘Winter in the North’ is followed by the album’s other hypnotizing and intense preview song, ‘Puzzlebox.’ Starting off on an introspective note, before coming a more upbeat rock track through its stunning bassline and guitar riffs, the tune offers a brilliant reflection on the vocalist’s former life in Tuscon, Arizona. The tune’s lyrics also explore how his optimism helped change his life, so that he could pursue his dreams.

Also aided by a fast-tempo on the drums, the catchy chorus and memorable lyrics emphasize Graham’s new heartfelt view on life, and how to approach all situations. He alluringly croons that he’s eager to discover what life now has to offer and how he can achieve his new dreams, which helped create a pulsating new track that will surely captivate all listeners.

Candidly analyzing the passionate reasons that influence them to truly accept their emotional journeys throughout adulthood is a dynamic motivator for many musicians. That’s certainly the case for ‘The Chamber Echos,’ on which the members of Cape Nowhere passionately explore the experience of losing connection with the people they love, and the subsequent process of cautiously reconnecting with them. The two preview songs that Graham and his bandmates have shared enthrallingly embrace the possibility that life is always changing, and while people wish to live in the past at times, they must also embrace the important upcoming events that are on the horizon.