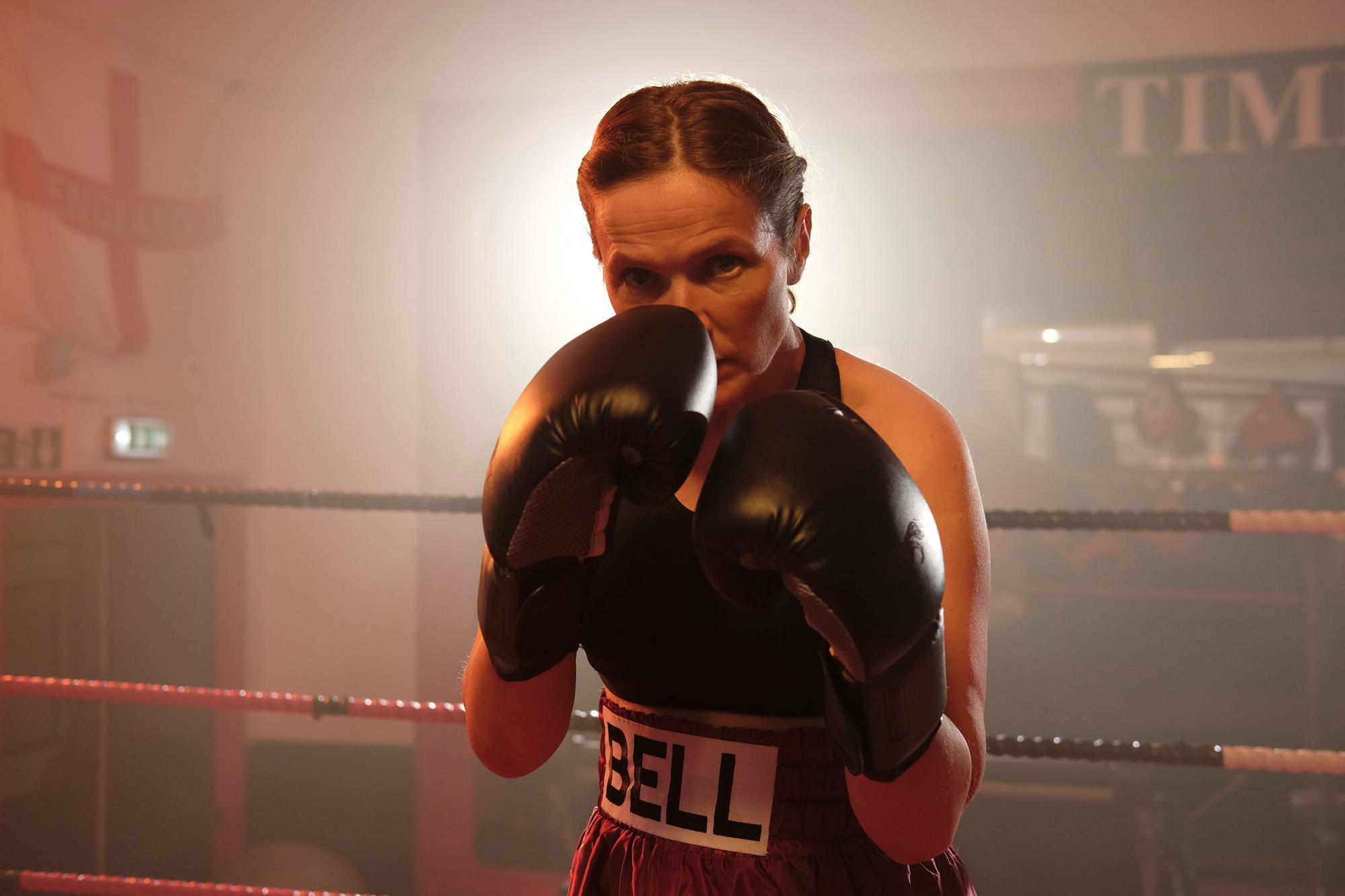 The first thing that conservatives might say about the American Civil Liberties Union (ACLU) is that the organization is “too liberal,” “too far left” “destroying out country’s traditions.” The truth is that by treating the U.S. Constitution, particularly the first ten amendments and the fourteenth, all passed by rich white men in 1791 and then by a somewhat larger demographic in 1868, is a conservative document and not a radical call for revolution or a challenge to traditional Americana. This is a well-constructed documentary which thankfully avoids interviews but instead finds members of ACLU in full fighting spirit. “The Fight” deals with the most pressing problems of American democracy today, many threatened by an administration, a Supreme Court and a Senate determined to throw us back to 1950 at the same time that ACLU goes even further back to the supreme law of the land, written in 1789 and later amended.

The picture is directed by Elyse Steinberg, formerly at the helm of “Weiner” (about the disgraced congressman Anthony Weiner); by Josh Kriegman, who joined Steinberg in the director’s chair for “Weiner;” and Eli Despres, whose “Wilderness Survival for Girls” finds three high school students terrorizing person they had captured.

The issues discussed, all capturing the high spirits of ACLU members with an office in Manhattan on two and one-half floors at 125 Broad Street, include 1) rights of transgender people to remain in the U.S. military; 2) the separation of children from the parents of asylum seekers; 3) the attempt to make people responding to the census declare whether they are citizens; and 4) the right of women to full reproductive rights, specifically the decision to terminate a pregnancy. As a side issue, and in fact the one with the most action-packed segment of the movie, we go to Charlottesville, Virginia, where a fight breaks out between white supremacists and the leftists in Antifa. That last issue is peppered by a depraved speech from President Trump who decides that “there are very fine people on both sides” (he knows them?) yet supporting the Fascists because “they had a permit and the other side did not.” In that case, even members of ACLU are divided among themselves as to whether the organization should defend people who deliver the Nazi salute, raise flags with swastikas, and shout “the Jews will not replace us” whatever that means.

Watching the film, you will have to decide whether ACLU should defend even people with hateful ideologies. You may recall that decades ago one David Goldberger, an ACLU lawyer, defended a neo-Nazi’s right to march in Skokie, Illinois. The Nazi’s gratitude for winning is expressed by what he says to his followers: “Would you believe that an idiot Jew defended me?” Yes, even a scuzz like a Nazi has rights under the Constitution.

At a time when the news programs rightly glorify health care heroes working around the clock while swamped with Covid cases, ACLU focuses on a heroic group of lawyers fighting largely against Trump’s executive orders often backed up by the congress and the courts. Brigitte Amiri, for example, appears behind a desk with almost every inch cluttered with paper, files which make her work look mundane (paper-pusher?) but which affect the lives of people who are oppressed largely by the current administration’s fiats. One celebrated case involves a minor in custody at the U.S.-Mexico border, who is pregnant and who is denied the right to get an abortion—which would allow this young person to continue in school and go on to a promising career. Attorney David Ho practices before a mirror to try his first case in the Supreme Court. To his own surprise, he won! His first case!

Documentaries do not have to be even-handed, as Michael Moore can tell you, and this one surely is a paean to the work of this proud organization. As the directors shift from one problem to another, then back again, rotating the chronology to lend us the spirit of these people (who probably could have earned more than their ACLU salary from white-shoe corporations), we can’t help wondering whether Trump would call the whole proceedings fake news and a hoax and insist that ACLU is on a decades’ long witch hunt.