Connect with us
catdail · Red Pill 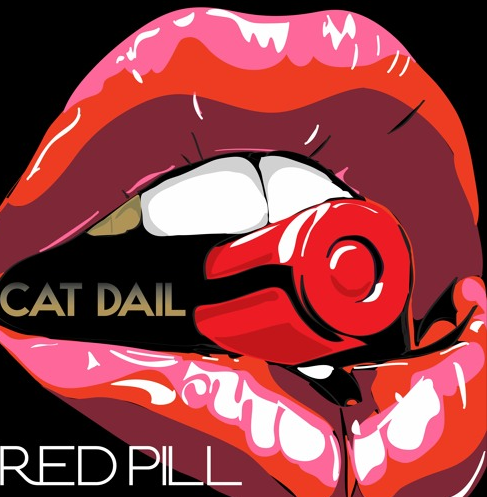 Honestly addressing the personal pain many people regularly experience from societyal forces isn’t always the easiest process for anyone. But award-winning singer-songwriter-multi-instrumentalist-producer, Cat Dail is passionately sharing her deep desire to stop society’s continued mindless devotion to the lies leaders are preaching to them on her latest indie single, ‘Red Pill.’

The lyrics for the pop song, which were inspired by Tony Award-winning actor-director, Tonya Pinkins help evoke Dail’s signature alternative rock vibe that she perfected when she first hit the music scene in the ’90’s with her New York City-based band, distant cousins. While ‘Red Pill’ is stunningly driven by a powerful mix of retro trumpet, sax and trombone melodies that will immediately bring the musician’s listeners back to her origins, the track also expertly blends the horn section with modern drum beats and a pulsating bassline, which create a uniquely distinct sound. The stellar instrumentals sensually emphasize the singer’s passionate vocals, which create an unparalleled sound that fans of both the rock and pop genres will surely become intrigued by after their first listen to the tune.

Throughout the single, Dail bravely points out in a fierce tone that the public is continuously persuaded to undoubtedly accept and trust what politicians want them to believe, and she’s driven to stop the continuous lies that her fellow Americans are being forced to believe. The songwriter determinedly set out to have listener ask themselves where they’re going in life, as they watch their fellow Americans have an increase in animosity and indifference towards the world around them.

Also backed by an effortless blend of Latin-infused blues and rock in its instrumentals, the lyrics on ‘Red Pill’ feature an ominous, intriguing sense of urgency that will surely make people reevaluate their mindless following of the views that are fleetingly popular in society. Also driven by a smooth and mysterious personality, the track features catchy vocal and instrumental elements that perfectly mirror the musician’s objections over the personal pain many people regularly experience throughout their lives that they willingly accept, just to be accepted in society.

The singer-songwriter isn’t afraid to showcase her inquisitive nature through her powerful lyrics that question why people willingly go along with societal expectations and beliefs. The overall edgy, polished and enticing final cut of the ‘Red Pill’ is a spirited and inspirational anthem that warns the world about the dangers of not offering everyone the right to make their own decisions about their lives, and also not treating them with respect. Dail’s latest single is one of the most important tunes to be released in America in a year that’s plagued by so many distinct divides.

For more information on Dail, visit the musician’s official website.