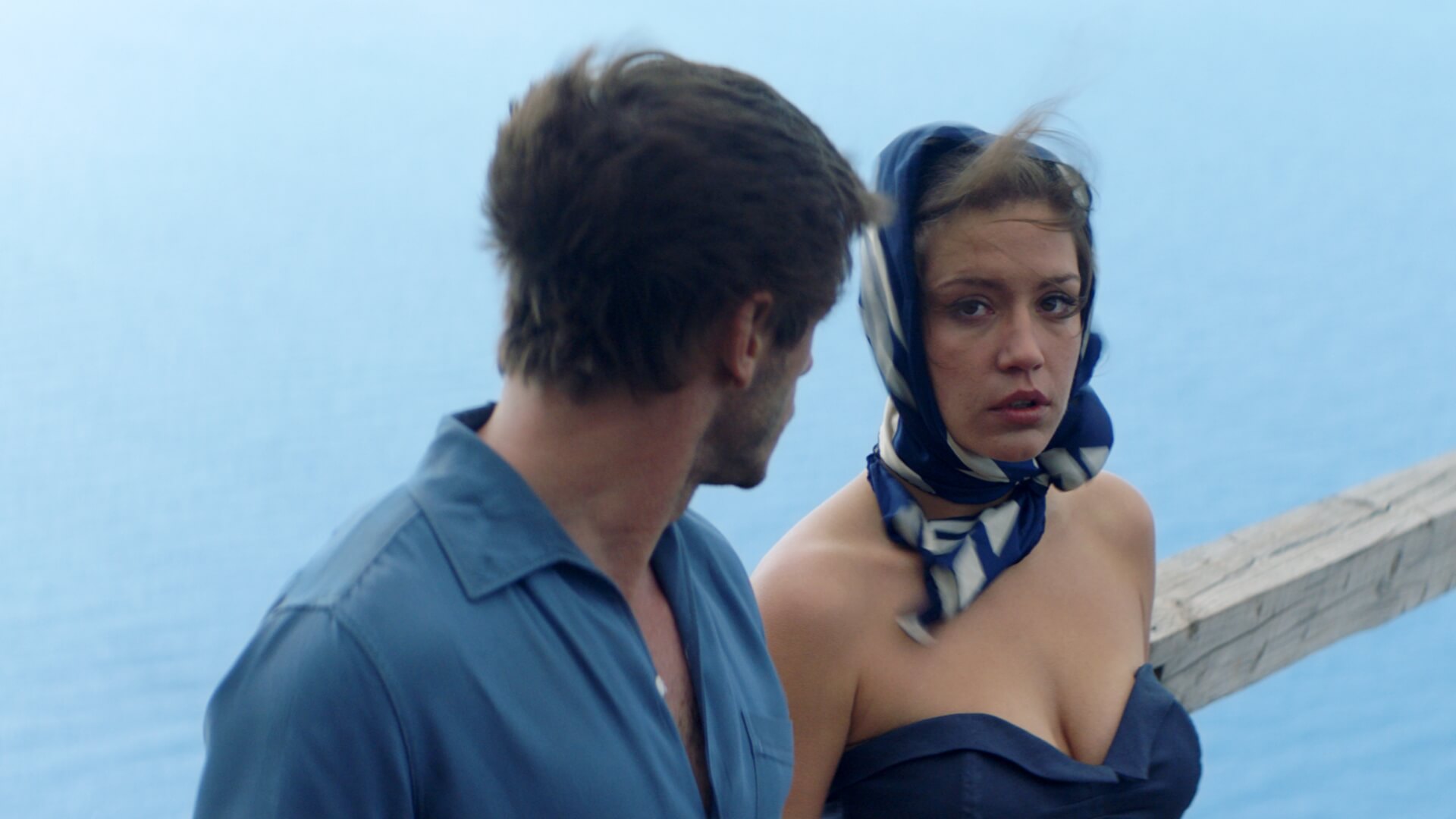 There are reasons that people choose the professions that they do. If you needed glasses at age five, you learn about eyesight and become an optometrist. If your life was saved by a surgeon, you think of going to medical school. If you love films, you want to promote them and you become a publicist. If you hate films, you become a critic. So what makes people want to be psychotherapists? Going by the presumptions shown here, you’ve had problems since childhood. The result? You deal with other people’s issues, and by lying on the couch yourself, you learn about your own. This appears to sum up the principal character in Justine Triet’s “Sibyl,” by a director whose “Sur Place” (2007) tries to analyze the student protests in France a year earlier.

In this case the title character Sibyl (Virginie Efira), a young psychoanalyst, peels off many of her patients in order to find time to devote to writing novels. How to overcome potential writers’ block? Her choice is to use her patients’ narration of problems in the proposed book, and for that she centers her novel on Margot Vasilis (Adèle Exarchopoulos) because of Margot’s intensity. Tearful to a fault as well as conflicted about (it seems) everything, Margot is pregnant by accident, wants an abortion because she needs to work full time in her profession as an actress, schedules the abortion, then cancels, schedules it again, cancels again. Igor (Gaspart Ulliel), the father, is the lead performer in a love story directed by Mika (Sandra Hüller), alias “the bitch,” as some of her stars justly call her.

While Sibyl secretly records Margot’s rants, she brings up memories of Gabriel (Niels Schneider), a previous boyfriend, since isn’t that the kind of thing that shrinks do when they’re bored silly by their patients’ jibber-jabber? You wonder, sometimes, why Sibyl is willing to give up a good part of her income in paring down her patient load to write, when she is advised that in our current age of distraction, writers “have little influence.” With the extra time, she agrees to follow Margot to her romantic film location, since after all, Margot asked her to go and what psychoanalyst would refuse such a reasonable request from a patient?

Mixed in are two occasions of Sybil getting hand jobs from two guys, and one intense scene that finds her on the carpet with a lover getting it on. The film is marred in a few ways. One is that the scenes are constantly changing abruptly when Sibyl’s imagination takes hold. A more straightforward chronological approach might have worked better. On the streamed version that I saw, much of the dialogue was badly dubbed to the extent that words would come out though a character’s lips are no longer moving. Still, Sibyl is an interesting character, one who wants to break free of the daily chatter of her patients—including her youngest client with whom she plays Monopoly as a way to get him to talk more of his hangups—to live more dangerously, including drinking to excess.