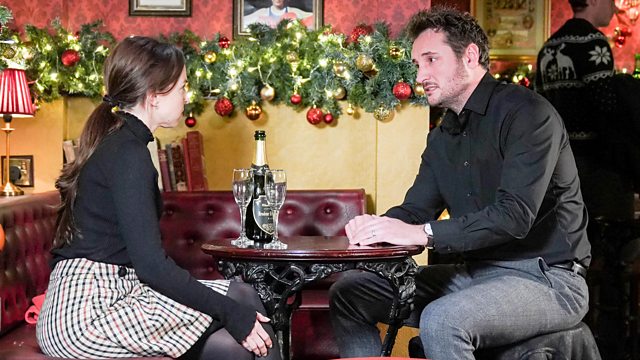 A scene from the British soap opera, ‘EastEnders.’

The critically acclaimed show is also being broadcast on the network’s channel on Filmon TV. (Note that the BBC One channel is only available to viewers in the UK, and to international viewers who have a paid subscription.) The latest episode to air on Filmon can be streamed this afternoon at 3:35-4:00pm local time. It can be watched live, or recorded and watched at a later time.

Today’s episode of ‘EastEnders’ was written by Pete Lawson, and directed by Matthew Evans. It follows Kim (Tameka Empson) as she starts a masterful plan to help her sister, and Shirley (Linda Henry) offers up some home truths to Mick (Danny Dyer).