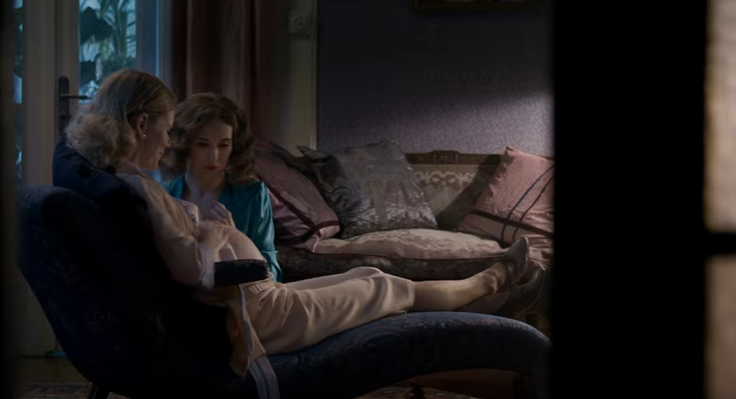 One of the most dangerous things that people could have harbored during the rise of World War II in Nazi-ruled countries was forbidden romantic feelings. Actresses Carice van Houten and Hanna Alström characters are learning that all-too-important lesson in the new historical drama, The Affair,’ which Vertical Entertainment is distributing today on VOD and On Demand.

In honor of the period film’s release, ShockYa is exclusively debuting a clip from the feature, which is titled ‘Baby Bump Kiss.’ The clip highlights the tension that’s arising as a result of the forbidden romantic love between Alström and van Houten’s characters, Liesel and Hana, and showcases the intensity of their first romantic encounter.

‘The Affair’ was written by Simon Mawer and Andrew Shaw, and directed by Julius Sevcik. In addition to Alström and van Houten, the movie also stars Claes Bang, Alexandra Borbély and Martin Hofmann.

Set in 1930s Czechoslovakia, ‘The Affair’ follows newlyweds Viktor (Bang) and Liesel Landauer, who are filled with optimism and happiness in their newly built modern masterpiece of a home. But all too soon, extramarital temptations bring out their darkest secrets and desires, including the fact that Liesel harbors forbidden romantic feelings for her best friend, Hana. As Liesel turns to her sensual friend for the passion she lacks in her marriage, Nazi troops enter their country, which threatens the Landauers’ lives and the burning desire between the two women.