People’s lives can unexpectedly change in an instant after receiving surprising news that alters their entire perspective on life. That’s certainly the case for actors Andrew Gower and Matthew McNulty’s characters of Ben and Mark in the upcoming comedy-drama, ‘Running Naked.’ Now, even as adults, the long-time friends are still contending with them both surviving cancer when they were teenagers, and will do whatever it takes to find a fun adventure they can embark on together.

Trinity Creative Partnership is set to distribute the film on Digital and VOD on April 6. In honor of the movie’s release, ShockYa premiering an exclusive clip from the feature, which is titled ‘He’s a Jolly Good Fellow.’ The clip follows Gower and McNulty’s protagonists as they receive life-changing news. The information leads Mark to make a bold decision that impacts Ben’s life.

‘Running Naked’ was directed by Victor Buhler, who also wrote the script with Michael Knowles and Jennifer Knowles. The scribes drew on the personal experiences that Jennifer has had as a cancer survivor while they were working on the script. In addition to Gower and McNulty, the comedy-drama also stars Rakhee Thakrar, Tamzin Merchant and Kiran Sonia Sawar.

‘Running Naked’ follows Ben and Mark, who survived cancer as teenagers, as they search out fun and adventure, after a piece of news forces them to change their perspective on life. Their friendship is tested as old wounds are opened and they discover their true selves. 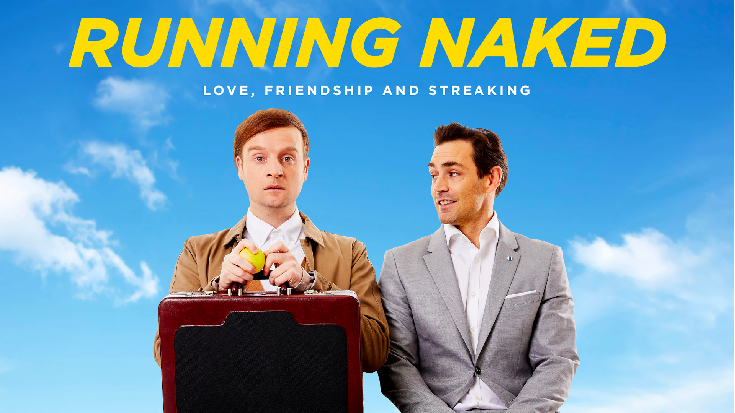