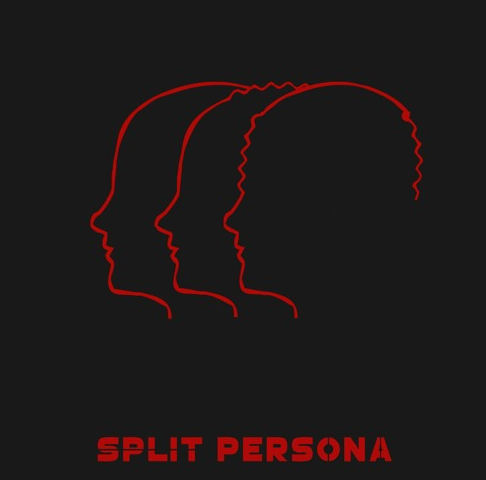 Up-and-coming musical quartet, Split Persona is proving how the alternative rock genre can captivate all listeners with a surprisingly intriguing blend of raw, empathetic lyrics and its signature gritty vocals and edgy instrumentation on its self-titled EP. The five track debut album from the Reno, Nevada-based band, which was released just several weeks before the COVID-19 lockdown swept across America in March last year, has maintained its repeatability during the pandemic.

The group, which is led by singer-songwriter-guitarist, Zander Hoschak, fearlessly broke traditional rock genre rules with its equally commanding and melodic record. The five entries on the EP are fueled by a unique sensual creativity in their clearly defined, organic rock production. While the songs that are featured on Split Persona’s album feature the members’ singular sound, there’s also an enthralling undertone of their musical influences, which range from hard rock to grunge and punk bands, including Foo Fighters, Queens of the Stone Age and Van Halen.

Split Persona’s explosive debut record begins with the catchy, but equally emotionally compelling, entry, ‘Stay Away.’ The track makes an immediate impression with its gritty guitar riffs and vibrant drum beats, which perfectly complement Hoschak’s tantalizing classic rock vocals. The tune is a stunning relatable reminder that there’s a certain point in a relationship when the couple has to learn how to stay away from each other, as they know their connection can’t survive any longer. Through it’s overall intriguing production value, the song has the potential to become the EP’s biggest commercial hit.

‘Stay Away’ then transitions into the album’s sophomore entry, ‘All Us Three,’ which continues its predecessor’s gritty alternative rock vibe. Hoschak’s raspy vocals are supported by somewhat subdued, but equally gritty, guitar riffs, which infuse the track with a sense of understandable agony as he tries to find his way in life.

‘All Us Three’ is followed by the slow burning, mid-tempo tune, ‘Melted Clocks,’ which marks the midway point of Split Persona’s debut record. The song is driven by stunning metaphors that chronicle the relatable heartbreak that one of Hoschak’s female friends was experiencing while he was writing the lyrics. The track perfectly highlights the group’s versatility, as it plays as one of its most emotionally vulnerable anthems. The surreal melody in the powerful guitar riffs and mellow vocals chronicle the singer’s admission that it’s becoming more difficult to face his fears and disassociate himself from his emotional pain, which make the tune a true standout.

The EP begins to wind down with its powerful penultimate entry, ‘Keep It,’ which features a soaring, high octane vocal range from Hoschak. The gripping lyrics he croons were inspired by the anger he felt for the toxic social environment of the private school he previously attended. The singer’s captivating lyrics and vocals are supported by classically energetic rock-n-roll guitar riffs that are influenced in part by such bands as Guns N’ Roses, Queens of the Stone Age and Foo Fighters. The interweaving of the emotionally empowering vocals and instrumentation make tune the perfect anthem for listeners who are trying to find their self-worth and disassociating themselves from people who are bringing them down.

Split Persona’s self-titled album comes to a close with the trippy, offbeat entry, ‘Strawberries.’ The stripped-down melodies of the song further proves the quartet’s versatility by exuding a gentler and rawer energy in Hoschak’s vocals, which are driven by mellow rock guitar riffs, and create a captivating anthem that explores yet another unique side of the group’s personality.

With the release of its self-titled debut EP, Split Persona has effortlessly proven what an edgy, eclectic energy it brings to the indie rock genre. Driven by explosive, guitar riffs and sweeping drum beats that are fueled by memorable melodies, as well as Hoschak’s catchy vocals and emotionally compelling lyrics, the record shouldn’t be missed by fans of the alternative rock genre.