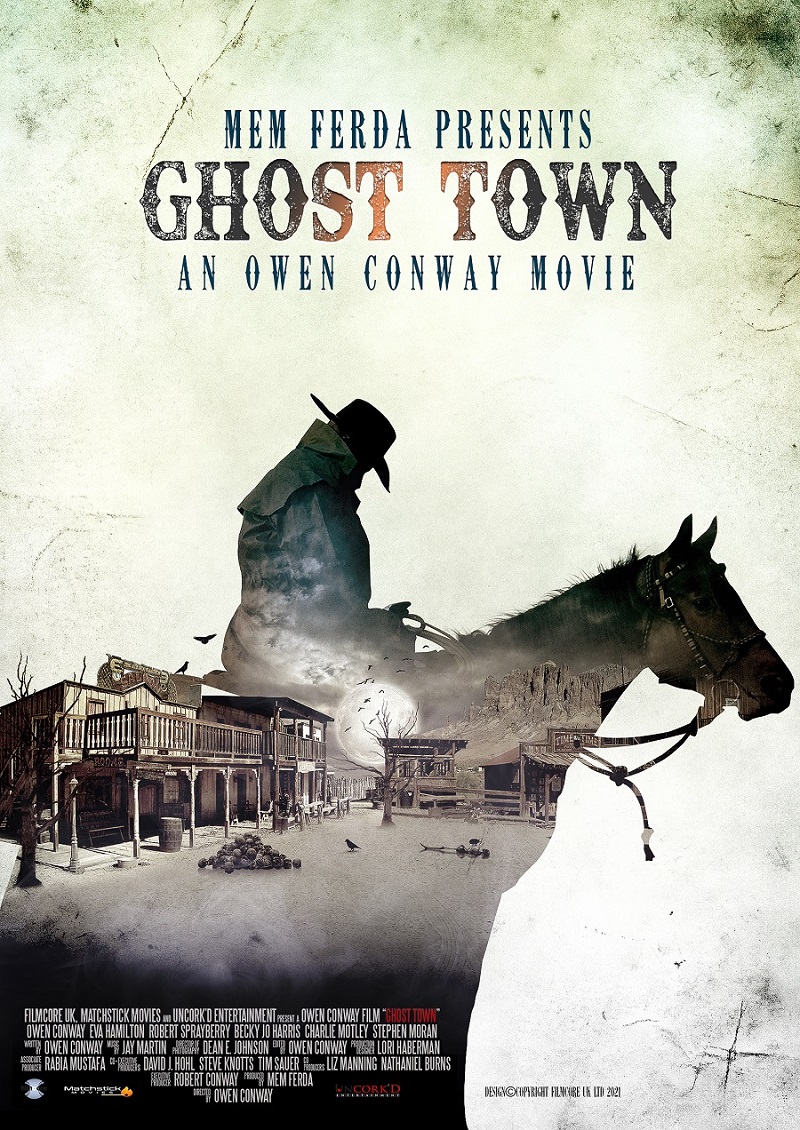 The story is set in 1877 in the untamed West of Victorian-era America. A drifter Soloman (Conway) takes a job as a barman in a small town deep in Arizona Territory. After a series of bizarre deaths, he soon finds himself the target of suspicion. Desperate to escape the noose, he slowly uncovers the dark and perhaps supernatural mystery at the centre of this strange town.
Filmcore (UK) Ltd (Ferda’s production arm), along with Matchstick Movies (US) will produce. Uncork’d Entertainment will be handling distribution Worldwide.

Executive Producer Robert Conway and Mem Ferda have worked together before on the Award winning Western ‘Eminence Hill’, featuring Lance Henriksen and Dominique Swain. The film won Best Feature at the Wild Bunch Film Festival in 2020.

Ferda comments ‘We have just completed Principal photography. Filming under COVID-19 compliance has been quite restrictive and certainly challenging at times, but the Cast and Crew have been simply amazing. There is a huge demand for Westerns, and for Horror films, GHOST TOWN is unique in its cross genre of being a Western-Horror. Fans of both genre’s will be delighted and thrilled. Owen, Robert and I aim to continue fulfilling fans needs and desires for single as well as cross genre films with gripping storylines”.

Director Owen Conway comments “Ghost Town is a darkly comic horror set in the Old West. Along with the scares and the gunfights, it’s an intimate character study rooted in true-to- life horrors such as loneliness, guilt and toxic masculinity. It’s also a twisted love letter to the art of filmmaking. A long form metaphor for Cinema at its best and worst. I’m very grateful to my incredible cast and crew. We’ve made a really special movie here and I can’t wait for the world to see it”.
Release Date: Mid 2021.