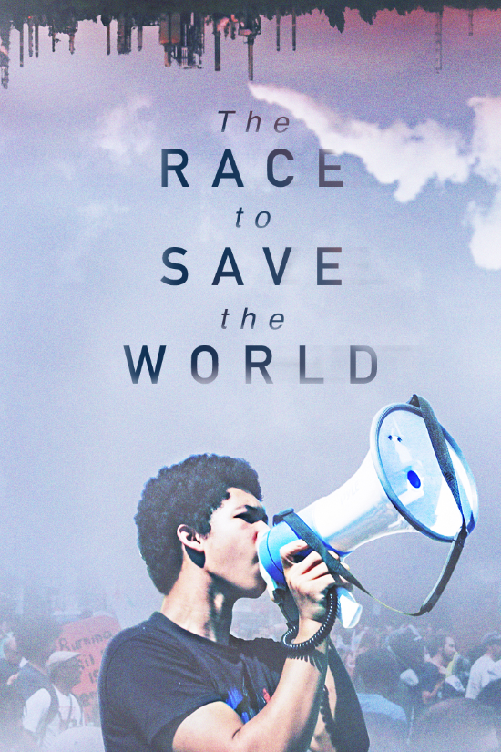 The poster for director-producer Joe Gantz’s documentary, ‘The Race to Save the World

Courageous people who are willing to put their lives on the line for issues they care about help improve America in many ways. Unfortunately, that drive to achieve and maintain widespread societal progress can often impact people’s personal lives in the process. The exploration into how cultural advancement influence their familial relationships is one of the powerful themes that’s explored in the upcoming climate change documentary, ‘The Race to Save the World.’

The movie was directed and produced by Emmy award-winning filmmaker Joe Gantz. The documentary is set to be released in Virtual Cinemas on Earth Day-this Thursday, April 22.

In honor of ‘The Race to Save the World’s release, ShockYa is debuting an exclusive clip from the feature, which is titled ‘Michael Foster.’ The clip follows the activist, who works to educate youth on climate emergencies, as he shares that as a father, he couldn’t in good conscience bring his young children on vacation to Hawaii while the coral reefs are disappearing.

Foster also admits that while his kids grew older, he gradually became more and more obsessed with trying to fix the world’s environmental crises than spending time with his family. He eventually realized how much strain his career was putting on his relationship with his children when they sent a letter to Santa, asking for their dad back.

‘The Race to Save the World’ follows passionate activists, who are between the ages of 15-72, as they fight for a livable future. The brave climate warriors put their lives on the line to push for change, regardless of the personal cost. Gantz brings an urgent and intimate portrait of the protests, arrests, courtroom drama and family turmoil these activists endure as they single mindedly focus their attention on the goal of creating a more sustainable world for future generations. The documentary is an inspiring and energizing call-to-action that encourages people to stop waiting on the sidelines and make their voices heard.

Title
ShockYa's Exclusive The Race To Save The World Clip
Description

ShockYa is debuting an exclusive clip from director Joe Gantz's documentary, 'The Race To Save The World,' which features activist Michael Foster.