One of the most difficult obstacles people must overcome in life is contending with the secrets of their traumatic pasts in order to confront the malevolent evil that’s threatening their future. That’s certainly the case for actress Rose Williams’ protagonist of trainee nurse Val in the new horror movie, ‘The Power.’

RLJE Films is set to release the drama on VOD, Digital HD and DVD on Tuesday, September 21. The DVD will be sold for an SRP of $27.97, and will include several bonus features, including commentary with filmmaker Corrina Faith, cinematographer Laura Bellingham and Williams, and a behind-the-scenes photo gallery.

In honor of ‘The Power’s DVD distribution, ShockYa is offering two lucky winners a DVD of the movie. To enter, email us at ShockyaGiveaway@aol.com. Let us know that you’re entering to win the ‘The Power’ DVD giveaway in the email’s subject line, and include your mailing address in the message. You have until Tuesday, September 21, the day of the film’s release, to enter, and you can enter the contest once daily. On September 21, we’ll pick the winners at random, and notify them through email. Good luck!

Set in London in 1974, ‘The Power’ follows Britain as it prepares for the electrical blackouts that are about to sweep across the country, Val arrives for her first day at the crumbling East London Royal Infirmary. With most of the patients and staff evacuated to another hospital, Val must work the night shift in the empty building. Within these walls lies a deadly secret, forcing Val to face her own traumatic past in order to confront the malevolent power that’s intent on destroying everything around her. 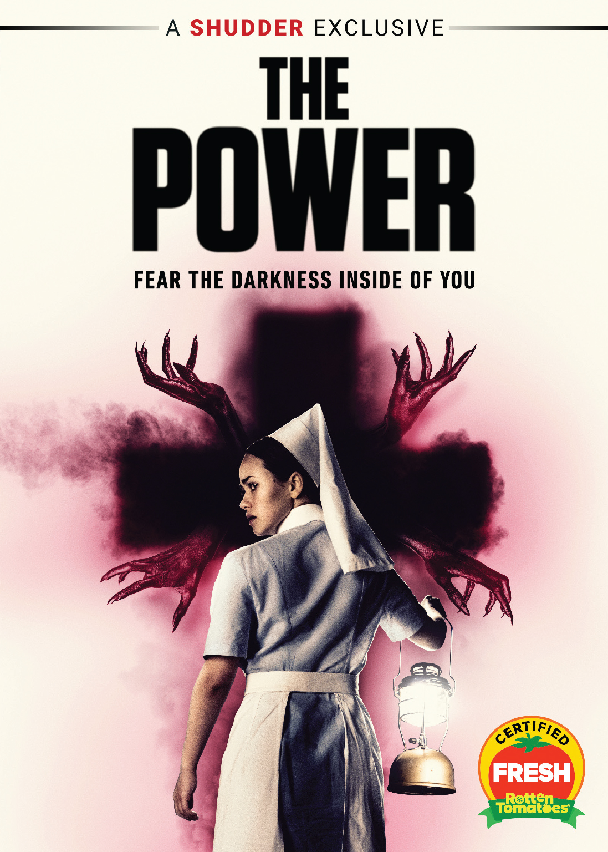