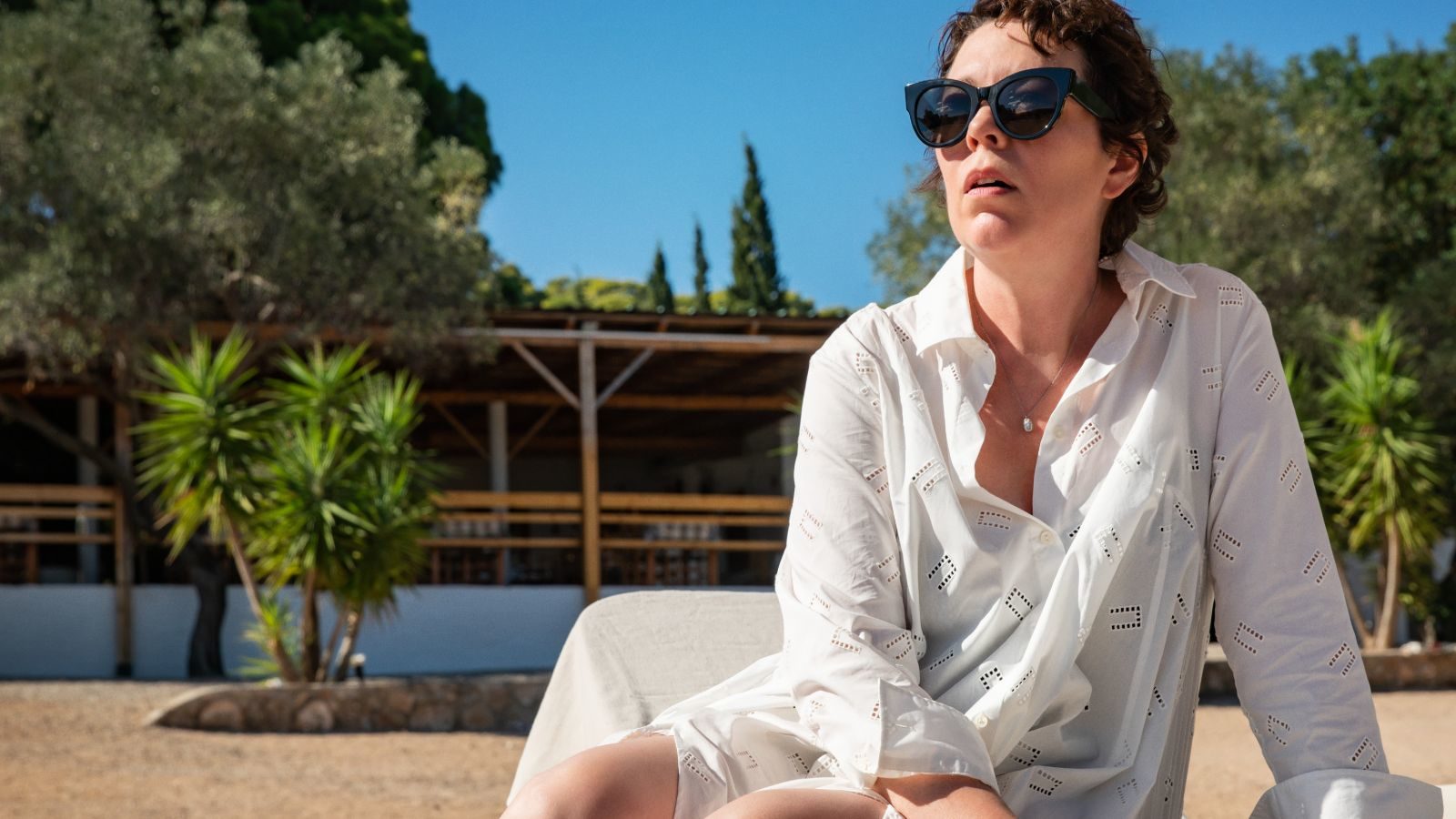 ‘The Lost Daughter’ Courtesy of Netflix

Motherhood is not an experience that is the same for everyone. In some cases, a mother is joined by another supportive co-parent and a conducive environment with a network of friends and family that may be able to offer them help when they most need it. In others, it is a solitary effort, one that requires extraordinary commitment with no respite from exhaustion and loneliness, with or without the presence of someone who might have equally strong theoretical ties to a child. The Lost Daughter explores two different instances of motherhood through the retrospective eyes of someone with strong, lingering memories of her own past.

Leda (Olivia Colman) is a professor on holiday by herself on a Greek island. When she arrives, she is greeted by warm figures like her apartment’s caretaker, Lyle (Ed Harris), and a seasonal beach employee, Will (Paul Mescal). The serenity she experiences sitting on the beach is brutally interrupted by the arrival of a large group of loud people, including Nina (Dakota Johnson) and her young daughter. Watching how Nina interacts with those around her, particularly her husband Toni (Oliver Jackson-Cohen), she recalls difficult memories from her time as a young mother (Jessie Buckley).

This film’s title is most indicative of its contents, though it’s never entirely clear who actually is the lost daughter referenced. Nina’s own child does go missing for a few minutes, causing panic on the beach among her boisterous extended family, but Leda is fascinated by her before that. Leda might see some of herself in Nina, but what she recognizes most is the way that Nina is forced by the absent and apparently abusive Toni to take care of their daughter all by herself, which reminds Leda of the moments she struggled to give attention to her two young daughters years earlier while her husband was busy with other things.

Yet the two situations aren’t all that similar, which is what haunts Leda most. The ensuing events are revealed over the course of the film, and deliberate editing frequently leaves the camera on the older Leda’s face, contemplating the mistakes she may have made and how she wants to step in to help Nina through an arduous time in her life. Leda has evidently moved on, and she enjoys the solitude, even though she does try to find company in two men from other generations, noting how Will’s age is in between that of her two daughters and Lyle has a son older than her.

This marks the directorial debut of Maggie Gyllenhaal, who steps behind the camera to deliver an engrossing look at a variety of characters, most of whom are far from home and removed from the mundanity of their everyday lives. There are lighthearted moments and peculiarities that serve to appropriately dampen an otherwise foreboding tone, and there’s no better performer to walk that fine line than Colman, who at times appears standoffish and at others entirely lost, unable to make sense of where she is and where she’s headed next.

It should come as no surprise to those who have watched Buckley in recent turns in Beast, Wild Rose, I’m Thinking of Ending Things, and Fargo that the young Irish actress is a perfect fit to play the younger version of Colman’s character, imbuing her with a fierce spirit and recognizably similar oddities. Johnson disappears into the role of Nina, and just as Harris and Mescal are used well in small parts, so too are Dagmara Domi?czyk and Peter Sarsgaard extremely memorable despite their limited screen time as a relative of Nina’s and a professional colleague of Leda’s, respectively. The ensemble enhances an intriguing and mysterious film that doesn’t always seem to be headed in a clear direction, but that uncertainty and unknown is part of its appeal.