Continuously striving for success, but never achieving their goals and dreams, is unfortunately a relatable journey that audiences can understand at certain points in their lives. That realistic trek is powerfully highlighted in the upcoming musical comedy, ‘The Rumperbutts.’

Global Digital Releasing will unveil the fantasy film on Digital this Friday, November 19. In honor of the movie’s distribution, ShockYa is premiering a new clip from the feature. The clip follows actress Vanessa Ray and actor Arian Moyaed as their characters, Ashlee and Richie, sing about their aspiration to not only achieve fame and fortune as musicians, but also their desire to always be the ones who are served.

Marc Brener wrote, directed and produced ‘The Rumperbutts.’ The filmmaker commented on the comedy: “It is a challenge to rely on anyone in this world. A big believer that if you say you are going to do something, then do it. At the same time, this story shares what it is like to pursue a creative endeavor and usually not have much money to go with that versus taking a soul sucking job with a regular pay check. At the end of the day, do what you say you are going to do in this world, and if you can find a balance between being creative and getting paid, then you are a success.”

In addition to Ray and Moyaed, the movie also stars Kori Gardner, Jason Hammel and Josh Brener. The film features music by indie pop duo, Mates of State, which is made up of the husband-and-wife team of Gardner and Hammel.

‘The Rumperbutts’ follows a married couple and indie band duo who never reached the success that they had always hoped. As a result, they decide to stop pursuing their dream when a financial opportunity arises for them to perform on the new titular children’s program. In spite of all the money and newfound success, the two of them are miserable and have split up. However, on one magical evening, a mysterious stranger comes into their lives and gives them a second chance. 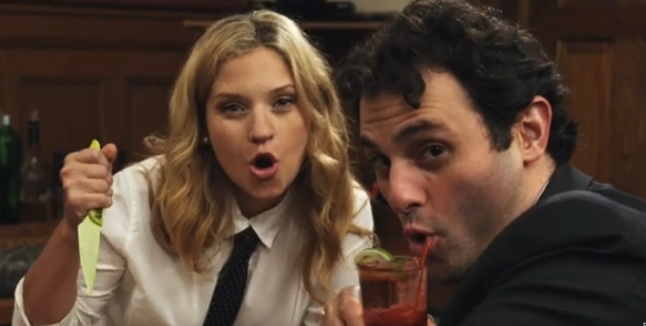