Foo Fighters are moving into a creepy rock & roll house that allows spiritual entities to cross over into our world in the new official red band trailer for their upcoming musical horror comedy, ‘Studio 666.’ The trailer follows the band’s lead singer-guitarist, Dave Grohl as be becomes possessed by one of the spiritual entities, which is driving him to embark on a murderous rampage and engage in his guilty pleasures as the group works on their latest album.

Open Road Films is set to release the feature in theaters this Friday, January 25. ‘Studio 666’ was written by Jeff Buhler and Rebecca Hughes, and is based upon a story by Grohl. The movie was directed by BJ McDonnell.

In ‘Studio 666,’ Rock & Roll Hall of Famers Foo Fighters move into an Encino mansion steeped in grisly rock history to record their much anticipated 10th album. Once in the house, Grohl finds himself grappling with supernatural forces that threaten both the completion of the album and the lives of the band. 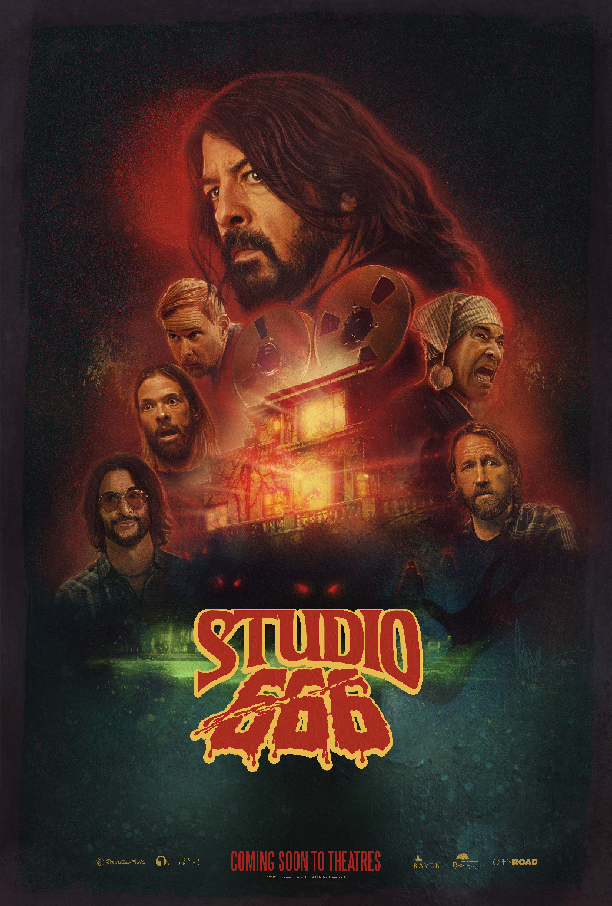