The most harrowing and terrifying horror films feature relatable characters and engaging storylines that offer an emotional investment for viewers, no matter how otherworldly the plot details ultimately prove to be. That’s certainly the case for the upcoming found footage drama, ‘Infrared.’ The movie features powerfully developed backstories for the protagonists, who have a believable connection that helps them fight for their survival together throughout the story.

‘Infrared’ will be released on digital platforms on July 22, on the Terror Films Channel on July 29 and on Kings of Horror on August 5. In honor of the drama’s distribution, ShockYa is premiering a new clip from the feature, which is titled ‘Sensing a Presence.’

‘Infrared’ follows a paranormal investigator and his production as they crew gain access to a mysterious, abandoned school. However, when the thrilling haunt turns deadly, the team must race to uncover the terrifying truth before they become the school’s next victims.

While discussing the film, Livings and Nundall said: “‘Infrared’ is first and foremost a horror film, but at its heart, is a movie about siblings reconnecting in a time of need. Often in horror films, we find ourselves rooting for the characters we don’t like to die, so it was important for us to develop characters that we wanted to survive, creating a larger emotional investment for those watching. With this intention in mind, we set out to wholly develop their backstories and create a believable connection. From there we tackled the darker themes and scares within the film, workshopping ideas with our actors, and giving them the freedom of collaboration within our improvisational process.” 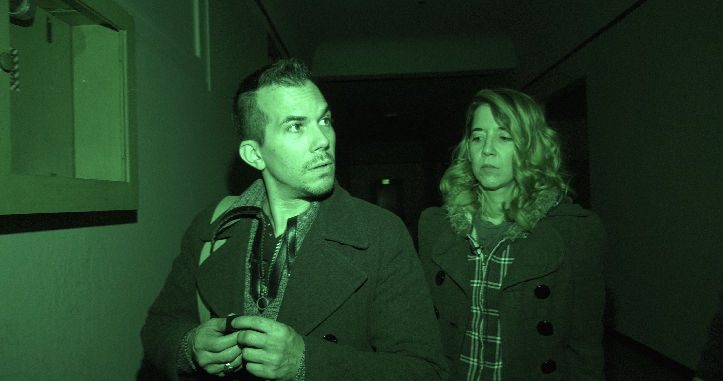