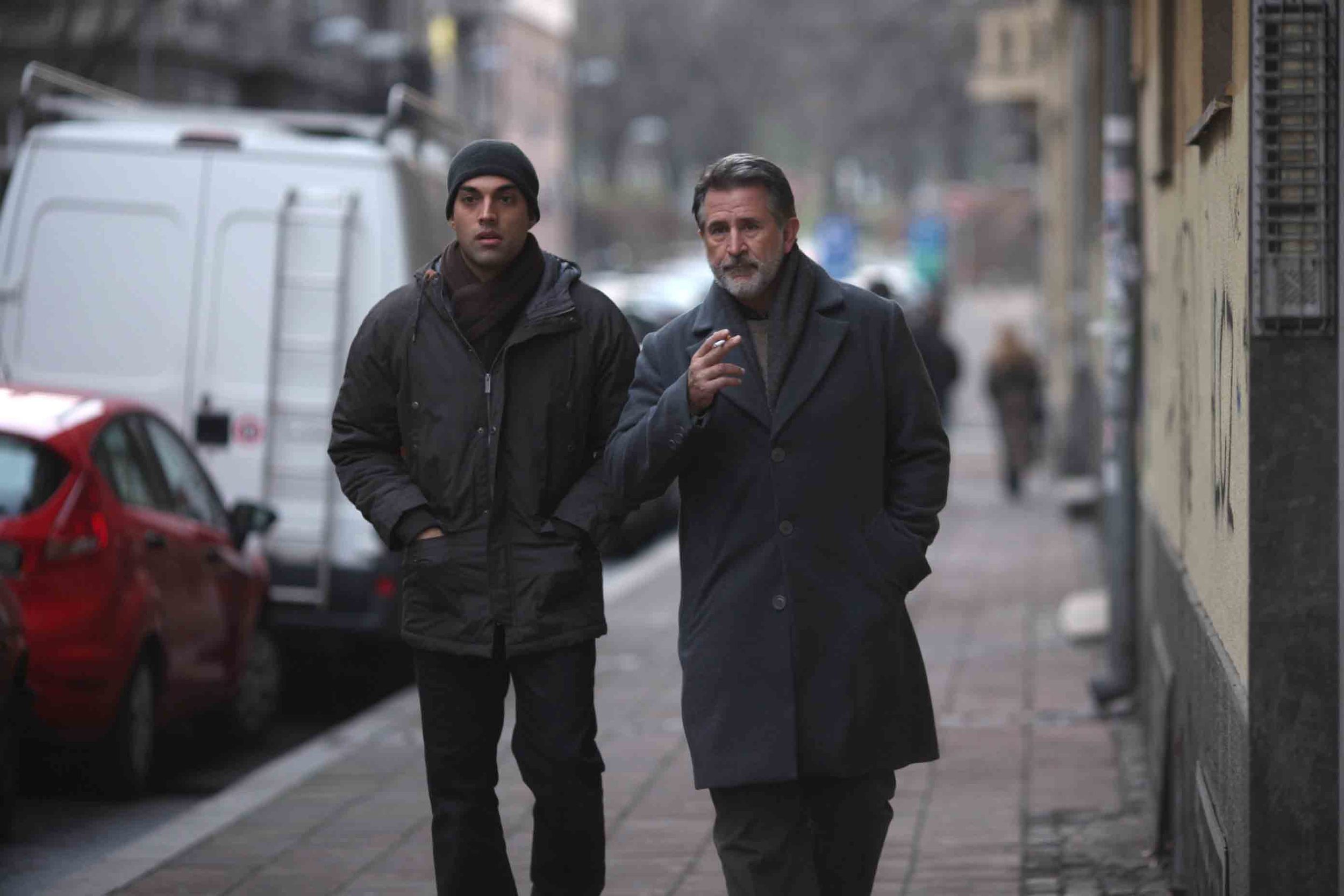 If you have a phone or a computer, you have undoubtedly been harassed by scam calls. You wonder: how could these rogues think that a smart guy could fall for absurd requests for money? Well Alice Archer (Gemma Arterton), a woman even smarter than I am, was scammed out of 120,000 British pounds; a lawyer, no less. The guy who lightened her bank account must have been pretty clever, and the way Robert Freegard (James Norton) operates, he’d likely get you to fork over your entire bank account.

As played stunningly by Gemma Arterton as Alice Archer and James Norton in the role of Robert Freegard, Adam Patterosn and Declan Lawn’s film finds Freegard first as a barman, later as a car salesman, claiming to be an undercover agent with MI5. He would claim that women were threatened with assassination by the Irish Republican Army, terrorizing them into allow themselves to be kidnapped and cut off from contact with their families. Here is where you get the psychology of kidnappers like him: he warns them that if they go to the police, they would be exposed by MI5 as disloyal to him.

His career takes a turn when he deals with Sarah on whom he uses his charm to bilk her out of the $80,000 by manipulating her to have her parents transfer the money to her, then arranging with his latest victim to take control of the money himself. But he failed to learn one lesson. Though he gets Alice to fall in love with him as a ploy to get at her money, he overreaches as Alice gets an agent to work with her, combing through a list of his many phone calls, to locate him and lead to his arrest.

The amount of material on Robert Freegard’s Wikipedia page provides enough information about Freegard’s many scams to sustain a season of episodes on any streaming service. Ah but wait! Netflix has picked up his story in a docuseries “The Puppet Master: Hunting the Ultimate Conman.” Though archival films and interviews may be doing a more through job than Patterson and Lawn, the series takes away some of the high drama.

This is Adam Patterson’s directing debut of a feature length film while Declan Lawn is known for writing a fact-filled, three-episode BBC drama “The Salisbury Poisonings,” about a poisoning crisis in the city of Salisbury.