Marcel the Shell with Shoes On Movie Review 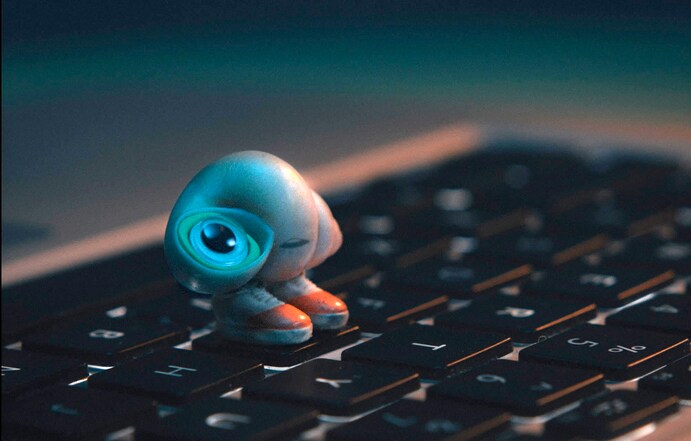 Marcel the Shell with Shoes On

It’s difficult to encapsulate the premise – and the magic – of Marcel the Shell with Shoes On. Based on a short film from over a decade ago, its protagonist is a shell who permanently wears red shoes and talks. Prone to talking about his life and the way that he observes certain things as a diminutive occupant of much larger spaces, Marcel gets a full spotlight in his first feature film, in which he shares his worldview with a human resident of his longtime home and aspires to find his long-lost family members.

There is a wondrous straightforwardness to how Marcel speaks with the camera and approaches his every sentiment. He exists and doesn’t necessarily know why or how he can speak or have shoes on, but he’s there and he’s ready to share just about every thought he has. It’s important for him to take care of his grandmother, Connie, his only shell connection following the disappearance of the rest of his family during a fight between the human couple living in the house. Its latest resident, Dean (Dean Fleischer-Camp), is eager to help Marcel in his search and to introduce him to the world.

The popularity of Marcel’s videos on YouTube is creatively woven into this film’s narrative, as Dean films Marcel and then shows him just how big he’s gotten when people start watching and mimicking Marcel’s signature behavior. It’s overwhelming for a shell who has to hop from key to key in order to reach the next Internet search result, and Marcel also has no concept of just how big the world is, instead navigating his own familiar space with the aid of a tennis ball that allows him to ram into as many doors and walls as need be to get him where he needs to go.

It’s hard not to find Marcel very endearing, and part of that is due to Jenny Slate’s stellar voice work. Marcel is soft-spoken but opinionated, and it’s easy to laugh at much of what he says because of how Slate speaks. His reaction to a YouTube comment referring to Marcel as “she” is particularly entertaining, but there’s a seriousness and persistence to Marcel that makes it possible to think of him as a legitimate character rather than just a caricature. There’s simply no one like him, and he’s brought to marvelous life by Slate, who initially created the character with Fleischer-Camp, who serves as this film’s director and co-writer.

It’s remarkable that a talking shell can provide enough engaging content for a film that runs ninety minutes, yet that’s absolutely the case here. Employing mostly a mockumentary format gives Marcel the opportunity to tell his own story and to answer questions that may not have specifically been asked, instead going on long tangents that help to fill in the way he thinks and moves around the world. Expanding a few endearing shorts into a feature-length film was certainly a gamble, but this film shows that it pays off very well, delivering cuteness and more unexpectedly moving content that frames Marcel as a three-dimensional, living, breathing protagonist.

It’s possible to think of Marcel as a metaphor for someone who doesn’t quite have the ability to speak up and be seen and heard, but this film functions both on that level and as an uncomplicated look at his life taken at face value. For a film that utilizes animation and some might believe is aimed in part towards children, it also features a great deal of resounding, meaningful moments that make it hard to forget Marcel and to continually remember that he is just a tiny talking shell. This film is easily one of the year’s most enjoyable films that also manages to be more than just an adorable portrait of a plucky protagonist.