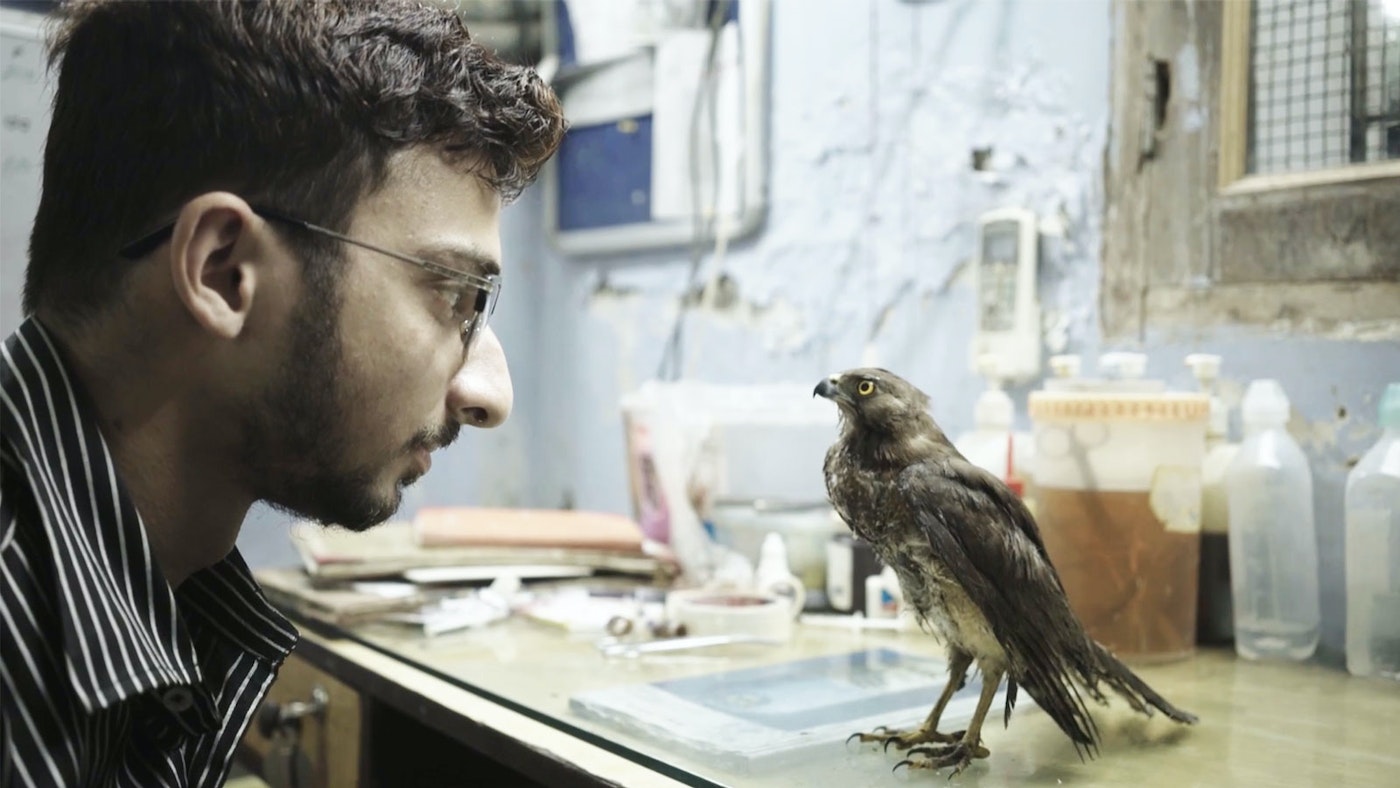 There are few people who are optimistic about the future of the planet. Even those who deny climate change and seek to advance problematic options like fossil fuels likely don’t foresee a productive eventuality. As the world changes and it becomes more difficult to turn back the clock, the impact becomes more felt every day. In the documentary All That Breathes, the air gets worse around two scientists in New Delhi whose main focus is to protect all that remains of a dying species of bird, the black kite.

There’s something inherently contradictory about people surrounded by so much chaos and such a sheer number of other humans being so intently attuned to the wellbeing of a particular bird. But it’s precisely that overpopulation and the toxic air that is causing the suffering of the black kites, which continue to fall from the sky due to worsening pollution. Brothers Nadeem and Saud make it their mission to tune out all the noise and remain vigilant about doing what they can to ensure the survival of the black kite.

This documentary boasts the distinction of being the first film to win the top prizes from the Sundance Film Festival and the Cannes Film Festival, rubber-stamping it as a worthwhile nonfiction probe of a specific subject that might not be on every viewer’s radar. It’s absolutely a slow burn, one that is in no rush to get anywhere, instead content to stay with Nadeem and Saud as they observe their surroundings and take a delicate approach to the animals they are watching for at every moment.

There is an urgency that exists in the background of their efforts, as news reports foretell the unfortunate conditions that are only getting worse, both politically and environmentally. Nadeem and Saud remain undistracted and undeterred, despite the protests of their family members who urge them to focus on other things that might be more important and arguably will influence and affect their own lives in a much more direct way. Like with any passion, they are resolute, and the fact that others aren’t as concerned with the fate of the black kite only strengthens their resolve to be the ones to be there when no one else is.

Director Shaunak Sen returns with his second feature, following his 2015 debut, Cities of Sleep, which also looked at the living, breathing region of Delhi and the way in which it functions differently from much of the world. Sen clearly has a deep respect for his subject, and is happy for Nadeem and Saud to simply interact in front of the camera, perching himself on their shoulders to see what they see and how they approach the work that they do. It’s an effective, hands-off strategy that makes the subjects even more appealing since there is no filter between them and the audience, which often makes the camera feel as if it has happened to catch something rather than be designed for a viewer to experience.

In addition to its spotlight of this remarkable bird that may not be around for much longer, All That Breathes contains a powerful message about what unifies all creatures on earth. Its title gets a full explanation partway through the film, but its sentimentality is clear from the start. The birds may not be crucially tied in to the everyday life that Nadeem and Saud would otherwise lead, but there is more that defines their shared experiences than that divides them. Though this film requires a commitment to focus and become immersed in its events, it’s difficult to dismiss its potency if the proper sincere effort is made.