Written By: Antonio Hernandez
Score: Technical: 70, Story: 70, Acting: 65, Overall Score: 68%
Four college friends and a War Veteran from the Iraq War, ending up lost on a desert highway on their way to their annual to the Burning Man festival, when they get lost due to a detour. Traveling down the wrong road the group run into a mysterious black van that tries to run them off the road and then just as mysteriously as it came after them it is gone, leaving them stranded in the desert seeking shelter in the only place they can find, a ranch called The Web. Little do they realize what is in store for them within the gates of this ranch, not knowing that none of the visitors to the ranch have ever made it out alive? What horrible acts of violence, torture and sexual abuse awaits the group? Nothing gets out of The Web alive.

This movie gets a Roger Moore Two Skipped Beats, it definitely put itâ€™s heart and soul into making this film and the effort was magnificent. With an excellent story written by Antonio Hernandez who brought together the feelings of many great horror icons, weather intentional or not. As The Hills Have Eyes, The Texas Chainsaw Massacre and House of 1000 Corpse had a baby with a slight budget difference this would definitely be it. Corbin Timbrook did an excellent job bringing this film to the screen with a very intense feeling throughout the film keeping you on your toes every second. The only tick that got to any of us that gathered around and watched it tonight was the use of the same setting for two scenes at the same time, but it was damn good to sit and watch with friends, it kept us in suspense and had a few moments that made us laugh too. Definitely check this one out if you get the chance. 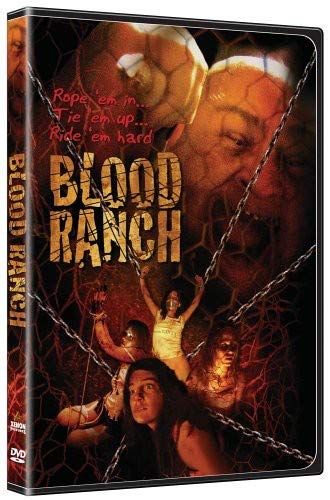 Buy it now from Amazon.com: