The Firefly family is back and this time there are no limits to how far they will go. We join Otis, Baby, Tiny, RJ, and Momma Firefly under attack from the local police who have come to have a cleansing of the wicked. Battling their way thru the police Otis and Baby make a run for it, meeting up with Captain Spaulding the three set out to make their way to safety. Meanwhile they have no idea that Sheriff John Quincy Wydell is close behind them with his lone thugs, Rondo and Billy Ray Snapper. Fighting until the very end the family of misfits makes their way to a standoff with the police in a roadblock.

This movie was a Roger Moore Three Slipped Beats, it wasnâ€™t a heart stopper but it was one of the most original films Iâ€™ve seen in a long time. Rob Zombie definitely out did himself with this movie and he left fans wanting more of the Firefly family, I for one personally hope they make another movie with these four adding Sheri Moon Zombie, Sid Haig, and the ever wonderful Bill Moseley to the directing wonders of Rob Zombie is a wonderful combination. And you canâ€™t forget about the great performances of Ken Foree, Michael Berryman, the wonderful and excellent performance from William Forsythe, and the amazing portrayal of Tiny in his last film MR. Mathew McGregor. For any true movie fan this is a wonderful addition to anyoneâ€™s collection, it made mine the day it came out, is it in yours? 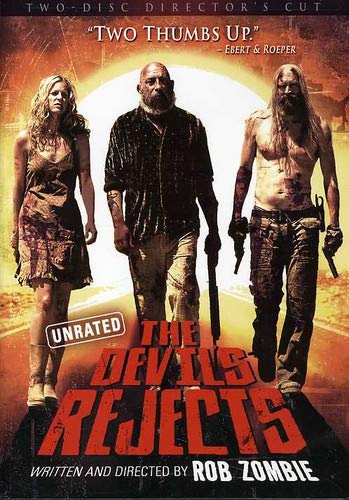