A sometimes forgotten though rather critically acclaimed at the time Francis Ford Coppola film he made between the Godfathers, starring Gene Hackman, great as ever. I saw it last night, surprised since I’d never heard of it, but it was rather acclaimed in the Academy Awards and Cannes Film Festivals at the time of its release.Â Â

It has quite a deceptive but overall simple plot, a professional wiretapper (This was actually made during the Watergate Era, which adds another dimension to it) and surveillance expert played by Hackman is hired by a mysterious private company to survey and record a couple’s conversations. Slowly he begins to get entangled into the situation, wondering why the conversations are important and what the company plans to do to the couple. Â
Frankly it’s a very interesting, entangling story that seemface=”Arial” sizes rather simple for a while, but has a very satisfying outcome.

With all that said though, I think it’s a bit overrated, I mean, it’s a nice film I suppose, but it pales in comparison to Coppola’s other more well-known films. It’s still a hell of a lot better than Jack, Dracula, The Godfather: Part III, and a lot of his other films, and though it is a bit simple, the ending is satisfying and an unexpected twist. I recommend just giving it a rent.Â
You know, it seems lengthy at almost two hours, but I have to say it all passed rather quickly…It also, by the way, features a very young Harrison Ford.

Perhaps a bit overrated, but these days itâ€™s a little overlooked for sure. I mean, it’s a good Gene Hackman performance and Coppola’s direction is fine as always. Maybe it just pales in comparison to his classics like Apocalypse Now and The Godfather. Worth a rent though, and maybe a purchase if you’re a big Coppola fan. 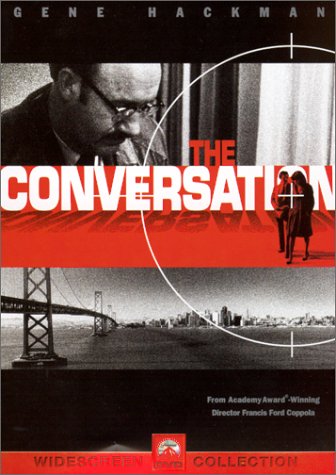