In the late 1800â€™s a man named Ernst Haeckel is on his way to see his sick father when a storm strands him in the middle of nowhere he takes shelter with an elderly man and his young beautiful bride. Staying with the married couple Haeckel soon discovers the terrible secret that the two hide. A horrible secret of murder, sex and betrayal, mixed in with the walking dead it turns out that Haeckel is in for a very long night.

In my eyes this was film as without a doubt as a tribute to George A. Romero and the lovely work that he has done for the walking dead all around the world. McNaughton has done him a solid in directing this episode and has done so with a unique brand of his own taste. Since â€œHenry: Portrait of a Serial Killerâ€ we havenâ€™t seen much along the horror lines from him but when he wants to deliver a horror story he can do just that. And being a story from the master himself Clive Barker it is a definite great one.

Receiving Two Skipped Beats on the Roger Moore movie scale I was impressed with this episode of the MoH and as you know I love all things horror and anything zombie I am willing to watch this one sticks out in my mind especially with the tribute to the master in mind. I enjoyed this episode on a deeper level and am happy to have it in my collection are you? 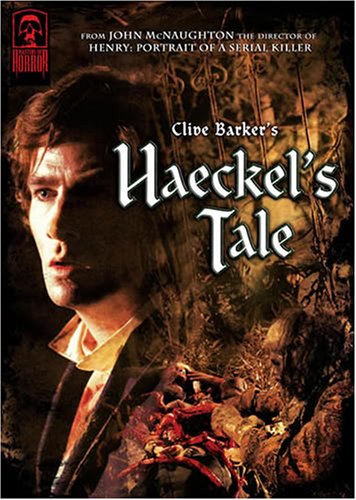