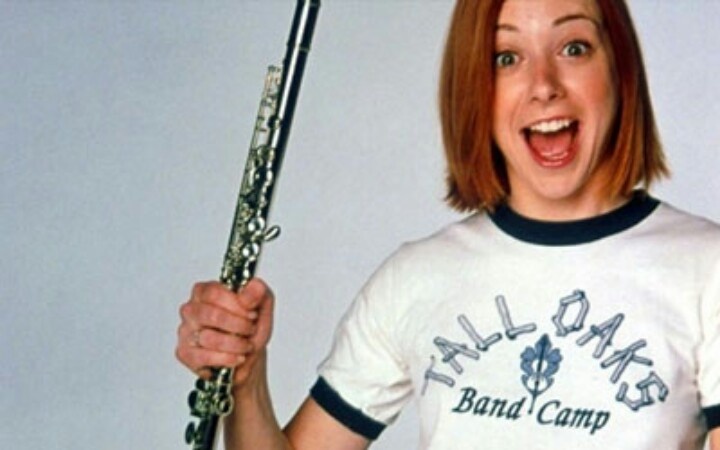 According to GeekTyrant, Alyson Hannigan will return to the “American Pie” franchise. She’ll reprise her role as Michelle Flaherty in the next “American Pie” film “American Reunion”. She will be filming in between her time off from “How I Met Your Mother”. Also re-teaming with her in the film are Jason Biggs, Seann William Scott, and Eugene Levy.

“American Reunion” will continue the story of Michelle and Jason Biggs’ character Jim’s marriage and parenthood. According to the article, some of the main plotpoints of the film will be about, of course, a high school reunion made possible through Facebook. Oz has become a big-time reality star due to his stint on a “Dancing of the Stars”-type show, Stiffler is a temp, and Jim is a YouTube star. You can read more about the main points of the film here.

“American Reunion” will be out in theaters January 7, 2012. Are you excited (or at least mildly interested) to see the next segment of the “American Pie” story? Do you have horror stories from your high school reunion? Do you think this finally be the last “American Pie” film? Leave your hopes and dreams (or complaints) for this movie in the comments section below.