For those of us in the states who are anxiously waiting on Season Five of “Merlin” to start, we’ve got the scoop on what you can expect right from the stars! Katie McGrath, Colin Morgan and Bradley James shared with ShockYa what to expect from the final and fifth season, the possibilities of a spin-off and more. “Merlin” comes back to SyFy for the fifth and final time today, January 4, at 10/9c.

What does it feel like to be nearing the end of the “Merlin” saga?

Colin Morgan: Well, it’s a huge journey. It’s like from Earth to Jupiter. You’ve got to just go on the ride and see where it takes you, and fortunately, we’ve had a fantastic time, and it’s been an epic journey for us.

Katie McGrath: It’s so weird to think that the show five years ago when we started it, a little show about magic, I could have never imagined that we’d have such a wide base of fans, from Malaysia to…South Africa (laughs)…To wrap your head around something like that is a sheer momentous thing and to be standing here five years later, you feel very privileged.

Bradley James: I feel like a shark that’s caught a codfish and has eaten it and is very satisfied…The show has been a lot of fun to do. If I’m a fisherman and I’ve caught a really big codfish, I’m like, “I’m a happy fisherman.”

Why do you think five seasons was the best number of seasons for the show?

Katie McGrath: I think it gives you long enough to explore a character without trying to approach repeating. It gives you enough time to tell a story, to tell it in detail…we’re very lucky we were able to tell that story throughout the five seasons.

I’ve read that a potential “Merlin” spin-off is being talked about. Do you know anything about that?

Colin Morgan: It’s a long way off, if [it happens] at all. The dust has got to settle on what we’ve just done. I’m not sure we’ll be involved…I think we may be some distance from that.

Is there an Arthurian story that you wish was told during the series?

Bradley James: Yes, the one with the giant and the beard…Colin and I went on a tour of Wales…of Arthurian legends. One of the places we went to [was near Yr Wyddfa Fawr or Snowdon]…[T]here was the story of the giant who would kill knights and take their beards and wear them as a cloak…and he challenged Arthur to a fight, so Arthur rode up to the top of this hill where the giant lived, and chopped off his head and his head rolled down the hill and created another hill…and I’ve made that story sound weirder that it actually is.

What message do you guys have for the “Merlin” fans?

Colin Morgan: Thank you for being with us the whole time. A lot of people have been with us from the beginning, and for the people who have just joined us and revisited the old episodes, it’s just a testament to [their] love for the show and all the hard work over all the years. So lots of love and thank you, and…Happy New Year as well. 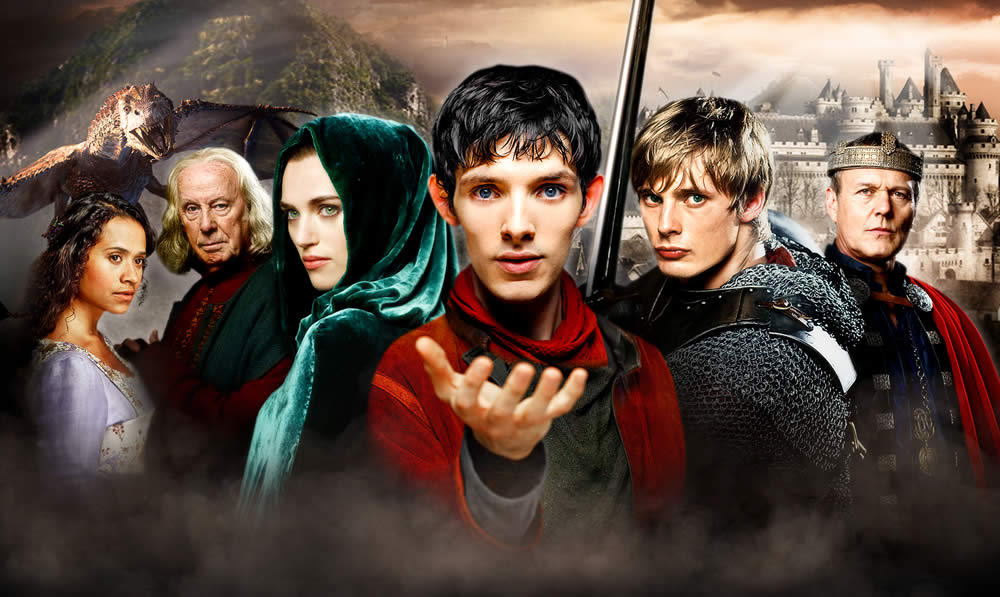