The release of the remake of the horror classic “Carrie” has been rescheduled from March 15 (appropriate, since I think is about the time proms start up) to the October 18 (also appropriate, since Halloween will be just around the corner). Because of the release, NECA has created a two-pack of new Carrie figurines for horror fans to add to their collection.

Both figures are 6.5 inches tall; the first one is “normal” Carrie. She’s shown right before the pig’s blood scene, standing nice and proud in her prom dress, holding her flowers. The next figurine depicts Carrie right after the blood is poured on her head. Carrie is about to tear into some people, with her hands in the air, ready to exact her revenge. Both figurines come in clamshell packaging. The figurine pack is priced at $80.00.

You can see the pictures of the figurines below. “Carrie,” starring Chloë Grace Moretz, Julianne Moore and Judy Greer, is the retelling of the classic Stephen King horror film starring Sissy Spacek. If you’re already familiar with the original, you can expect the retelling to go along the same storyline–a girl who is constantly abused takes her telekinetic powers over the edge when she finally snaps on prom night.

What do you think about the figurines? Give your opinions in the comments section below. 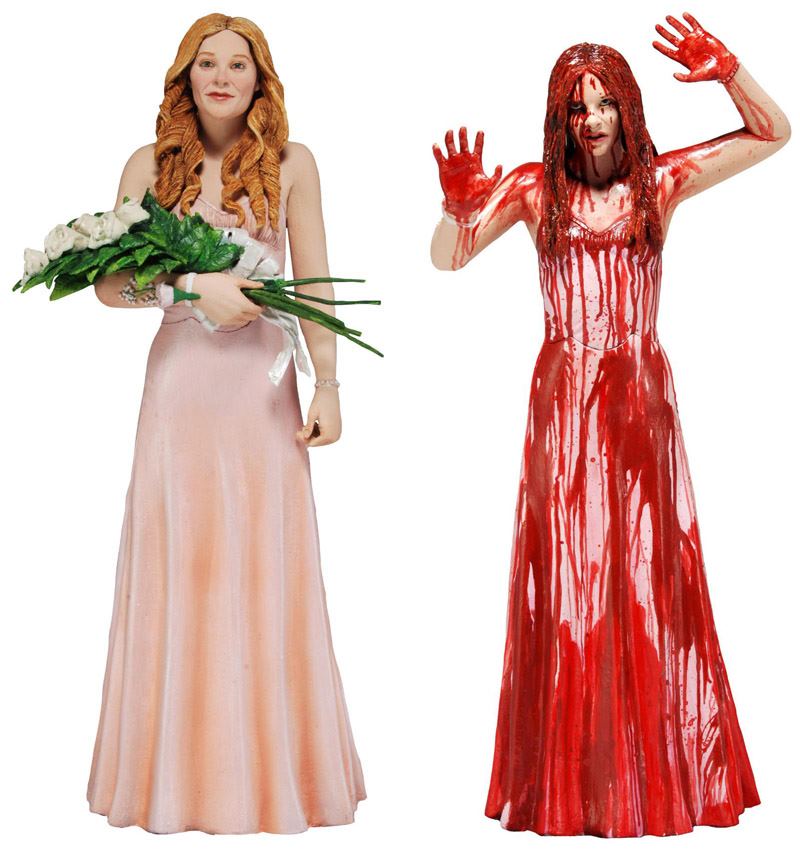