Creating a black comedy full of vivid characters, extreme action and surprising plot twists on a low budget can be a difficult task for a first-time feature film scribe and director. But Barry Battles, who both helmed and co-wrote the new action crime comedy ‘The Baytown Outlaws,’ humorously and realistically mixed diverse characters on a search for redemption, with distinct sets and satirical humor. While the filmmaker succeeded in creating the thrill ride with a heart that he was hoping for, the short comings in the underdeveloped plot unfortunately failed to capture the true self-improvement the characters were looking for.

‘The Baytown Outlaws’ follows three infamously ruthless Alabama brothers who find themselves on the wrong side of crooked cops, relentless Feds and mad mobsters. After the determined Celeste (Eva Longoria) has a falling out with her immoral mobster ex-husband, Carlos (Billy Bob Thornton), and knowing he can be a maniacal psychopath, she turns to the most lawless hitmen in Alabama, the Oodie brothers-ringleader Brick (Clayne Crawford), mute wrestler Lincoln (Daniel Cudmore) and the youngest, G.I. McQueen (Travis Fimmel). Celeste is determined to take her disabled godson, Rob (Thomas Brodie Sangster), back from Carlos, even though it means putting her own life in danger. She knows her ex-husband is only caring for Rob so that he can take her godson’s inheritance, so she hires the three brothers to kidnap Rob back.

But what’s supposed to be an easy job for the Oodies ends up putting their lives in danger, as their hometown Sheriff Henry Millard (Andre Braugher) refuses to protect them anymore. The lawman fears for his job and his family when DEA Agent Reese (Paul Wesley) begins suspecting the three brothers of various crimes, which also puts their freedom in danger. While the brothers begin to care about Rob and aren’t solely focused on making money anymore, they realize the grave danger everyone is in on the seemingly easy job.

Battles created a cartoon caricature of violence and gangsters’ disregard of human regard in ‘The Baytown Outlaws,’ often interlacing the high-powered action and fighting sequences with satirical animation. From the Oodie brothers nonchalantly killing a houseful of people to Carlos facing his rightful fate for kidnapping Rob, the director aptly featured vivid black humor, mimicking the outlaws seemingly disinterest in the value of human life. The abstract art depicting the characters and the illegal activities they embark on immediately puts the audience at ease, signaling the film focuses more on the characters questioning why they turned to a life of violence, instead of the actual murders themselves.

Production designer Monroe Kelly helped create the authentic defiant nature of the Southern outlaw lifestyle by creating distinct sets that reflected each characters’ lifestyle. From the Oodies’ run-down, lower-class house to the ritzy mansion Carlos is holding Rob in to the modest furniture and set-up of Henry’s office, the sets of the action crime comedy never fail to showcase the differing personalities of each character. Despite the low budget Battles had to design the feel of the black humor, action-filled movie, the numerous locations the director used to chronicle the Oodies’ brothers road to redemption and delivering Rob safely back to Celeste featured a distinct look and personality.

Despite the characters’ depth of real depth of emotional dialogue with each other and the emphasis on the highly stylized shootings and car chases, each of the actors represent their characters as individuals who surprisingly emotionally change and bond. For Crawford, Fimmel and Cudmore, whose characters grew up relying on violence and crime to get what they want and need, their rescue of Rob pushed them to realize they can strive to have a better life together. Caring for Rob, who is suffering from Cerebal palsy, while traveling back to Alabama from Carlos’ house in Texas, makes them realize they can have a powerful, emotional influence on people if they choose to improve their lives. Henry, meanwhile, is determined to keep his involvement with the Oodie brothers a secret while Reese is searching for them, as he’s determined to keep his family safe. The Sheriff isn’t as willing to concede to the fact that the life that he’s built for himself is also changing, and is intent on protecting himself that he refuses to acknowledge that his fate is changing as well.

While Battles incorporated some intriguing, stylized artwork and sets into ‘The Baytown Outlaws,’ as well surprising and subtle character changes, the film has several plot-holes and undeveloped details. The director, who co-wrote the movie with Griffin Hood, seemed more focused on filling the movie with action and humor that he neglected to fully develop the plot. For example, there’s little explanation on how the Oodie brothers and the Sherrif knew each other, and what kind of arrangement they had that led Henry to continuously protect Brick, Lincoln and McQueen. Since the characters are so stylized and distinguished, the story would have benefited if their motivations and connections to each other were more fully explained.

The action-packed ‘The Baytown Outlaws’ was an ambitious story for a first-time feature film writer and director to take on, especially with a low budget. But Battles distinctly told a daring story with several distinct characters, filled with intriguing stunts and unique settings. While the catchy cartoons and animation, combined with the varying, diverse sets helped create a fast-paced backdrop for the action, the story would have improved with more thought-out details. 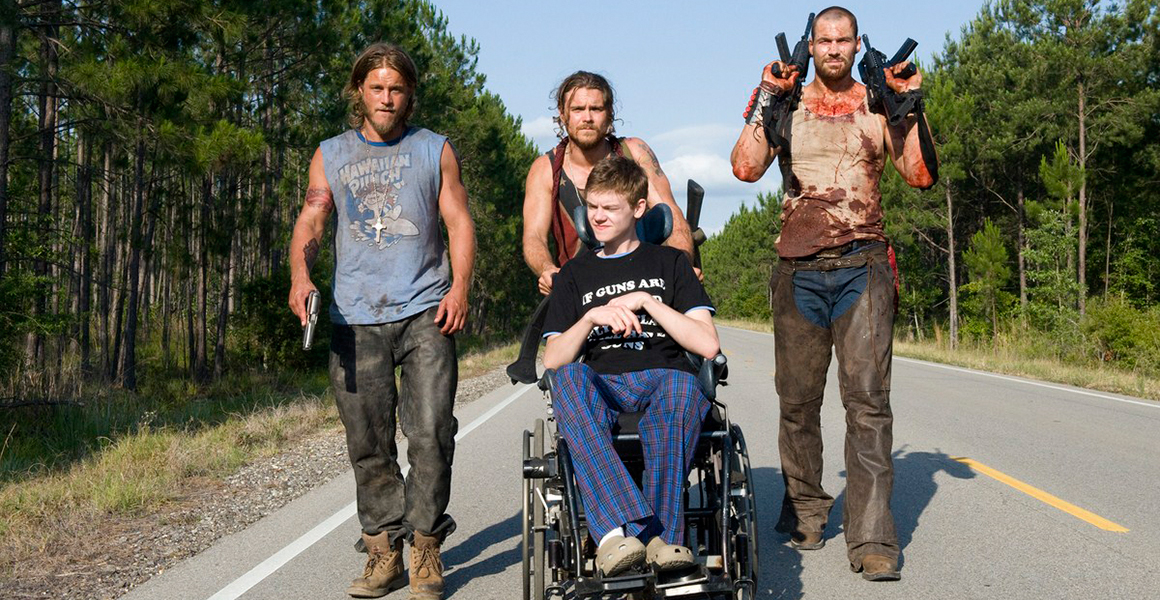