It’s horror movie spoofing time and for the first time in over a decade, a Wayans is involved. Marlon Wayans, who co-wrote Scary Movie 1 & 2 with his brother Shawn (directed by his older brother Keenan Ivory), decided to rip-on the latest horror movie fad: Found-footage.

A Haunted House is primarily a direct spoof of the Paranormal Activity franchise, along with a few subtle nods to other found-footage horror flicks (The Last Exorcism, The Devil Inside, [REC], etc.) that possessed theaters the last couple years.

The setting is in a suburban home where Marlon and his girlfriend, Essence Atkins, are about to begin a new chapter in their lives as she moves in. And since Marlon just bought himself a fancy new camera, he wants to document this moment in their relationship. (Super) Naturally, typical things (objects moving, strange noises, doors slamming) start to occur and the couple realizes they’re chilling with a ghost. But instead of doing what the stereotypical fools (white people) do in this situation, they try to out hustle their ghostly roommate. But as things get more intense, they are forced to call in help in the form of a gay psychic (Nick Swardson), a security guy/paranormal hunter (David Koechner), and a jailhouse priest (Cedric the Entertainer).

Look, this is one of those flicks where there are some laughing-with-noise (will never use ‘LOL’) sequences that have you just admiring the cleverness of co-writers Wayans and Rick Alvarez. Concepts that they come up with, which answer all the obvious horror genre stupidity the audience sees within characters via the recent horror trends, are well-executed. The issue that arises is the timing/frequency of them.

This script is awkwardly pieced together, even for a found-footage mocking. And although it is a series of more-or-less skits, it’s not as intelligent, nor does it have the continuity of say what one sees on Saturday Night Live. In other words, it doesn’t seem all that fresh. Sure everything done here is in jest, but at least half the scenes are lifeless, due to the contradictory tone (Are you making intelligent fun of horror flicks? Or are you trying to make a playful version of found footage horror? You can’t have both.) . These sequences are very Jekyll and Hyde-like and clash to a fault.

Basically, it’s a roller-coaster of a mild ride that shows genius one minute and rough draft-needing-a-major-polish the next. When they push the envelope and shock you (mainly with an array of graphic sexual-oriented positions/innuendos), it rolls along. Yet when they’re just flying by the seat of their pants (improving), it’s really not all that spectacular.

Either way, this is fun, even if it’s not as complete as the innovative first Scary Movie installment which brilliantly tore-up Scream. And the supporting character performers end up being the true attraction if you listen closely to their dialogue during the ghostly mayhem. The idea is there for sure, but how to cultivate this into a full-fledged clever sarcastic riot never fully arose. 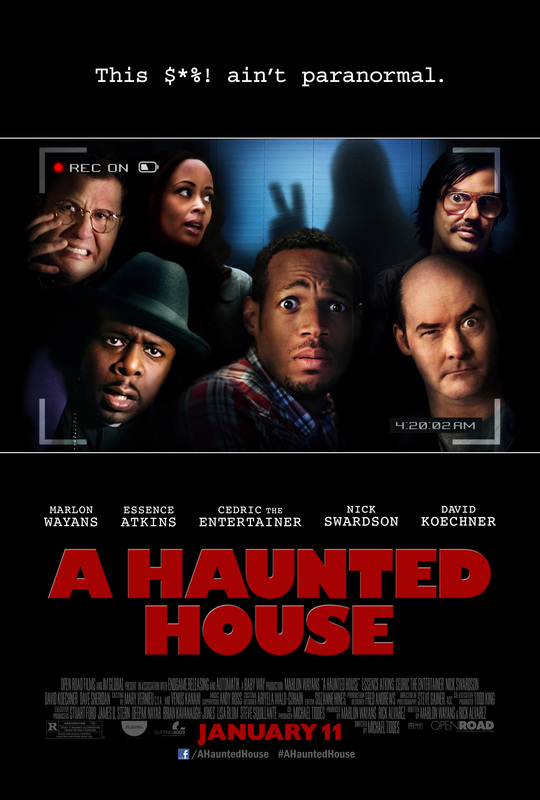