Creating a stimulating, suspenseful thriller that equally and expertly balances its time between its coming-of-age love story with exhilarating anticipation of its murder mystery can be a challenging task. The new film ‘Love Me,’ which was directed by Rick Bota and is set to be released on Blu-ray and DVD on Tuesday, is the latest thriller to do just that. The movie chronicles the tribulations of discovering new teenage love, set against the backdrop of a town struggling to find the truth about a missing classmate. Actors Jamie Johnston and Lindsey Shaw, two of the main stars of the movie, quickly formed a close bond on set that authentically helped develop not only their characters’ growing romance, but also the speculation of how they fit into their classmate’s disappearance.

‘Love Me’ follows 16-year-old Melissa Kennedy, who has been missing for almost three months, leaving the town of Ridgedale unhinged. Meanwhile, Sylvia Potter, played by Shaw, is desperate to be in love, when the quiet, rich Lucas Green, portrayed by Johnston, transfers to Hampton Prep. Sparks fly between the two, despite the warnings of almost all of her friends. However, their love takes a major twist when the police begin an investigation into Lucas’ involvement in Melissa’s case.

Johnston generously took the time recently to talk about filming ‘Love Me’ over the phone during an exclusive interview. Among other things, the actor discussed what attracted him to the character of Lucas, and how he was cast in the role; how he formed a friendship with Shaw while they were shooting the film, which helped develop their characters’ bond; and how he collaborated with Bota before they began shooting to develop his role.

ShockYa (SY): You play the quiet, rich Lucas Green, who transfers to Hampton Prep and is the main suspect in the disappearance of student Melissa Kennedy. What was it about the character and the script overall that convinced you to take on the role?

Jamie Johnston (JJ): Well, the character has a pretty full arc. There are scenes where he’s relaxed and happy, and there are times when he’s very lonely, and gets screaming mad and sad. So there were a lot of different emotions to play. Any actor would love a part like that.

SY: When Lucas transfers to Hampton Prep, he begins a romantic relationship with Sylvia Potter, played by Lindsey Shaw, despite the warnings of her friends. What was your working relationship with Lindsey like on the set?

JJ: It was great. We became friends pretty quickly. We were living in the same hotel-she was a couple doors down. So we’d hang out for dinner. So we became good friends, and shared the same tastes. It has nice to have a friend who I spent so much time with.

SY: Like with many films focused on teenagers, Sylvia doesn’t listen to her friends’ advice, and insists on dating Lucas. Do you think that ‘Love Me’ acts as a coming-of-age story for Sylvia, and shows that people don’t learn important life lessons until they’ve made their own mistakes?

JJ: Yeah, I think it’s a good point of the film. You have to take things people say with a grain of salt. You have to make your own decisions, and can’t judge a book by its cover.

JJ: Oh, yeah. For some of the more serious scenes, we’d get together way in advance. We’d read through it together and talk about our opinions about what’s really going on in the scene. Then we’d work together to really get the performance.

SY: Would you be interested in working with Rick and Lindsey again in the future?

JJ: Oh yeah, I’d love to. I haven’t seen them in over a year now, so it would be great to catch up. We all got along very well, so I’d jump at that opportunity. We filmed the movie from late September to mid-October in 2011.

SY: Do you think having a shorter period of time to film a movie helps you in developing a character? Or does having such a short shooting schedule impose any restrictions or difficulties in creating a character?

JJ: Well, it could go either way. If it’s too short, it might feel rushed, and you might forget small aspects of what you’re trying to do. But if it’s a really long filing period, you might lose momentum. So it’s a hard balance, but I think we did it pretty well.

SY: What was your overall preparation process like for the role of Lucas? Did you do any particular research while you were preparing for the role?

JJ: Yeah, I have a bunch of different friends and acquaintances, and some of them have gone through similar situations. Some of them are similar to this character, so I looked through my life. I took little bits of people’s personalities and actions, and put them into one character.

SY: What was the casting process like for Lucas? How did you become involved in the film?

JJ: Well, I got sent the script, and read it and loved it. Then I did a short audition on tape, and sent it to the producers, and they were happy, so I gained the role.

SY: ‘Love Me’ is being released on Blu-ray and DVD by Anchor Bay Films, which is known for distributing independent films. Did the fact that the film had a lower budget influence the way the movie was shot? Do you prefer working on lower-budget films in general?

JJ: To an actor, it doesn’t really matter, or make too much of a difference, what the budget is. It’s really about the script. A budget can make your life a little more comfortable-you could have a big trailer, and whatever food you want delivered to your trailer. But it really doesn’t make a difference. It’s all about the story.

SY: Anchor Bay is also known for releasing horror and thriller films. Were there any particular thrillers that you watched before or during filming ‘Love Me’ that inspired your role as Lucas or your career in general?

JJ: Not really. I’ve seen a lot of movies over the years, so I don’t really remember what I remember what from. So there aren’t any examples in particular.

SY: What aspects of ‘Love Me’ do you think fans of the thriller genre will enjoy? Why should fans of the genre go out and buy the Blu-ray or DVD on Tuesday?

JJ: Well, there’s a love story mixed in with the thriller aspects, so there’s lots to get from this movie. There are also twists and turns, so it should be enjoyable to watch.

SY: Before you signed on to star in ‘Love Me,’ you had some experience in the thriller genre, having appeared in the 2008 television film ‘The Tenth Circle.’ What is it about the thriller genre that you enjoy so much?

JJ: Well, it definitely makes you act. It’s not just about how you look and sound, but how you feel. So doing thrillers is definitely fun, because of the suspense and tension. They’re definitely a lot of fun to do.

SY: One of your most well-known roles is Peter Stone from 2005-2010, on the television series ‘Degrassi: The Next Generation.’ How did your experience on the show influence your acting and career since you left the series?

JJ: Yeah, it definitely has influenced my career, because that’s basically all anyone would recognize me from. Whenever someone mentions my acting, they’ll say, “Oh yeah, ‘Degrassi,’ right.” So yeah, it’s hard to escape that.

SY: Besides ‘Degrassi,’ you have appeared on several other television series, including ‘Wild Card’ and ‘Connor Undercover.’ Do you have a preference of acting on television or in films, or vice versa, or do you enjoy acting overall?

SY: Besides feature films and television series, you’ve also appeared in several shorts, including ‘Scars’ and ‘Name of the Rose.’ What is it about shorts that you enjoy so much? Do you have a preference of appearing in shorts over features, or vice versa, or do you enjoy acting in films overall?

JJ: Well, most short films are a labor of love for someone. So they’ve written it, and spent a time perfecting it. So if I have the opportunity to work on something like that, I’ll try my best to make them happy. Short films are a great way to support the writers and directors around you, and they’re definitely a lot of fun. But I can’t say that I prefer either.

JJ: Yeah, I can see myself directing, but it’s hard to get to that point. So many people want to be a director. I’m pretty comfortable being an actor.

SY: After appearing on ‘Degrassi,’ you formed the band SoundSpeed with several of your co-stars, including Ray Ablack, Dalmar Abuzeid, Scott Paterson and Shane Kippel. Do you have any interest in being part of another band in the future, and what is it about playing music that you enjoy so much?

JJ: Yeah, I’m definitely going to continue music for as long as I live. I was in two bands with some of my castmates from ‘Degrassi,’ but they’ve both broken up. Right now, I’m doing the hip-hop thing with my friends, and making beats with a keyboard and guitar, and rapping.

What I like about music, as compared to acting, is that it’s really easy to pick up a guitar and start playing. But if I want to practice acting everyday, I would have to go around lying to people.

SY: Do you have any music or film projects lined up that you can discuss?

JJ: I don’t have any acting projects lined up. But I’m always looking for drummers and bass players and singers and other guitarists to jam with. I’m totally open to creating a new band. I miss playing with a drummer, so I’m definitely not going to stop playing. 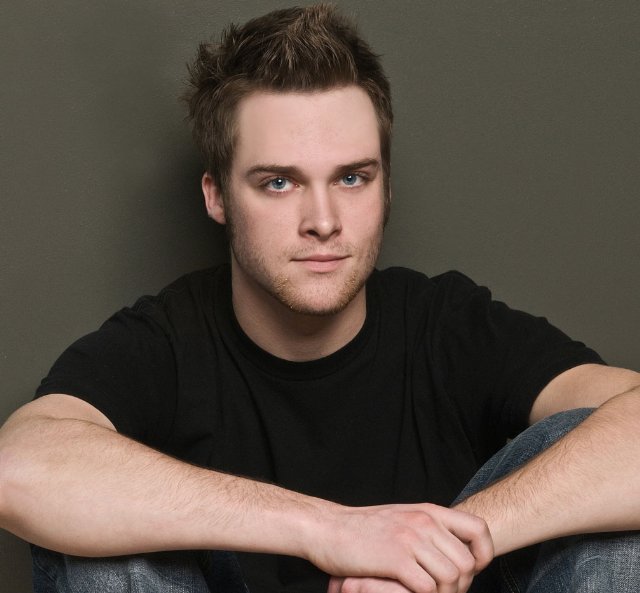