Happy Friday, Shockya readers! It’s time to peel your eyes away from the clock and direct them towards the latest music video from the Australian band, Hey Geronimo. The Brisbane locals’ new single, “Dreamboat Jack”, is off of the outfit’s self-titled EP, which dropped this past June.

Compromised of members from indie-pop bands like, Blame Ringo, Montpelier and The Boat People, Hey Geronimo are not shy to viral video success. The “feel good” group have already had hits with the tracks,“Why Don’t We Do Something ” and “Cabin Affair”. Just nearing 50,000 YouTube views, “Dreamboat Jack” is gearing up for a fame similar to its predecessors.

Deemed as the cutest puppet chase in history, the “Dreamboat Jack” music video features an eclectic crew of animals, such as the lion also known as Dreamboat Jack, mimicking the rebellious nature of characters in action films. These puppets have a bit more “cushion” to support the blows than 007 hero, James Bond, but their brave attitudes will still have you tickled to the core.

If your Friday is moving at a rate slower than Kayne West’s skirted performance at the “12-12-12” concert then loosen up a bit with this video.

For more information on the Australian group, check out Hey Geronimo’s Facebook Page. 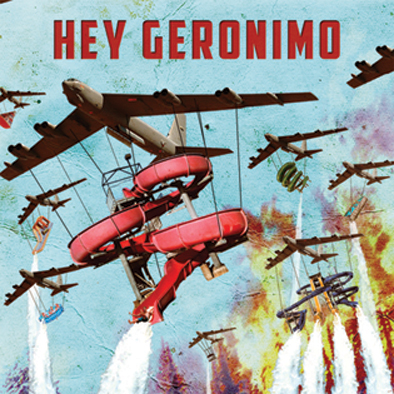