Written by Will Beall

It’s been a while since a film has disappointed me as much as Gangster Squad did. True, it’s tough to expect much from a film that has lines like “What’s your racket handsome?”, but there’s something alluring about 1940s Los Angeles and what had appeared to be The Untouchables through the eyes of Zack Snyder. Director Ruben Fleischer can’t decide if that’s what he wants his movie to be, or if he’s going to ape Dick Tracy, The Untouchables or L.A. Confidential. Fleischer is swinging for everything he can, hoping something hits, when he should be sticking and moving.

That opening statement might make Gangster Squad like it is a terrible movie, which it’s not. There are things in here that work, the main thing being Ryan Gosling’s Jerry Wooters. Probably the most realized character of the bunch, Gosling brings a Han Solo bravado to Wooters, charming and a scoundrel. He balances Josh Brolin’s po-faced, do-gooder John O’Hara well. O’Hara’s a physically demanding role, and Brolin does well enough to be believable. Credit must be given to Sean Penn, who creates a terrifying Mickey Cohen, prosthetic nose and all. Penn also seems to be having the most fun he’s had in years, and chews scenery when he’s allowed. Emma Stone does the best with what she’s given, but her Grace Faraday is too defined by her relationships with men to be any sort of character on her own.

That’s more a fault of the script, rather than Stone’s own failings. Will Beall doesn’t allow us time to get to know any of the other members of the Squad, nor do really have any defining characteristics to make them memorable. Sure, it’s fun to see Robert Patrick and Anthony Mackie beat and shoot up thugs, but you won’t remember their names on the way out. Outside of Wooters and O’Hara, the rest of the gang is glossed over, only there because this faux Dirty Dozen needs more bodies. Beall’s dialoge is atrocious, making Frank Miller’s hard-boiled Sin City lines look like David Mamet.

Yet, it’s still Fleischer’s show, which makes it tough to decide who gets blame for the film being as messy as it is. Fleischer and cinematographer Dion Beebe opt to use a digital look that was present in Michael Mann’s Public Enemies. While digital worked for what Mann’s gangster opera was trying to accomplish, Beebe (who, ironically, did fantastic work for Mann in Collateral and Miami Vice) seems to do it here just to cut costs. It takes away from the dream-like and fun state of this era of California that we’re used to, which would be fine if the tone was in the right place.

And while Fleischer does craft some pretty fun shootouts (the favorite being when Wooters annihilates some of Cohen’s thugs on his own,) his team doesn’t seem to be on the same page. There’s a fun, pulpy film somewhere within Gangster Squad trying break the shackles, which it does, sparingly. Too bad none of the filmmakers are sure of what kind of movie they want to make. With a little more polish, perhaps Gangster Squad could have been something special instead of a complete misfire. 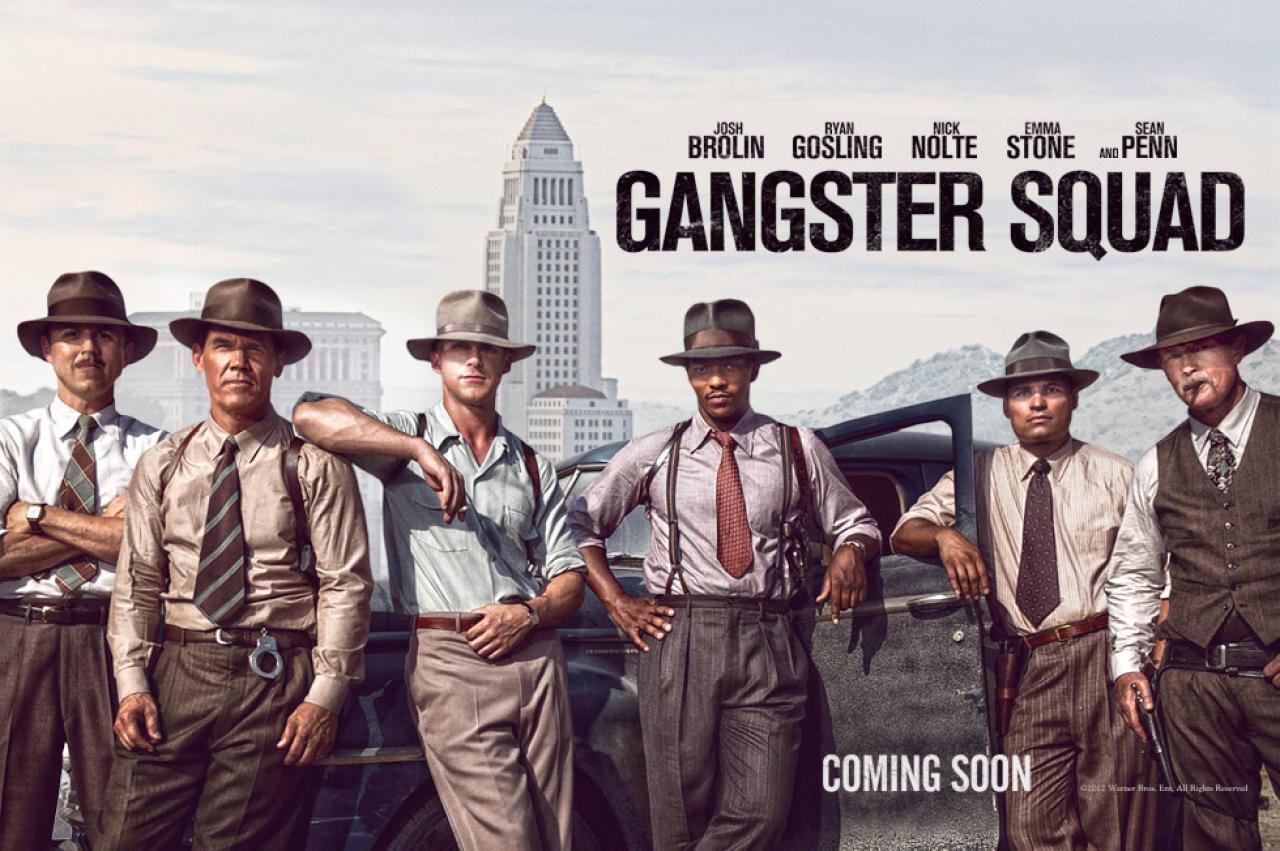