Simple, straightforward, first-person testimonials have been an integral part of nonfiction filmmaking for decades, lending voice to social issues and providing powerful personal contextualization for events whose scope can otherwise seem overwhelming. It’s just these sorts of powerful interviews which form the framework of the extraordinarily moving “Uprising,” which tells the remarkable story of the 2011 Egyptian revolution that toppled dictatorial President Hosni Mubarak from power. Augmented by equally amazing extant footage, this documentary is the authoritative behind-the-scenes snapshot of a watershed event in human history — the first digital age people’s revolution.

Directed by Fredrik Stanton, “Uprising” benefits from the sort of clean, well-framed narrative that typically only comes into focus years or in some cases decades after such a historical event. The film posits that four basic elements went into the Egyptian revolution. The first was the repression and unbridled corruption of Mubarak, who racked up a personal fortune worth an estimated $40-70 billion during his three decades of rule, which never repealed the martial law under which he assumed command after the 1981 assassination of Anwar Sadat. Finally fed up with this, an activist youth movement turned to social media, and on April 6, 2008, formalized itself in protest.

Then, in June, 2010, the murder of Khaled Said, a young computer enthusiast who exposed police corruption sparked widespread outrage, fomenting further objections. The following January, the Tunisian revolution toppled the regime of brutal autocrat Ben Ali, just two weeks before a planned January 25 Egyptian protest. Spurred on by that example, students and other young people took to Facebook. They had no idea at the time, but the revolution would be televised, it turns out.

There were the expected jokes at the time, organizers admit: Is there a dress code? And what’s the couples policy — does one need a date for the revolution, or can they come stag? But thousands upon thousands turned out, including popular actor Amr Waked (interviewed here). Many men and older people felt empowered to join only after seeing so many young women take up the banner. (Indeed, one YouTube video even includes an uncoded appeal: “If you’re a man, come join us.”) After a day of peaceful marching and protest that filled Tahrir Square, the conflict became more pitched in following days. State media published newspaper pictures with captions claiming supporters were rallying for Mubarak, despite banners within the photos showing the opposite. Then, of course, things got bloody, exacerbated by statements from Mubarak that were by turns defiant and clueless (he tried to appease protesters by giving a speech saying he was going to eventually retire). Seeded with secret police and hardline party loyalists, camel-riding thugs took to the streets, beating people. Bullets and tear gas followed, felling over 800 and leaving 6,000 more wounded. It wasn’t until the Egyptian army sided with the people that the tide finally turned.

“Uprising” doesn’t try to take the same big artistic bite out of the apple that Ali Samadi Ahadi’s “The Green Wave,” which documented the unprecedented protests that rocked Iran in June, 2009. That movie interweaved animated segments to dramatize events. “Uprising” has gripping cell phone camera and home video footage (some graphic). Like that film, however, “Uprising” is an impactful snapshot of the very basic human yearning for dignity and freedom — a fact about which interviewees speak eloquently, and is also glimpsed through their brave actions. (Amongst a small handful of American interview subjects, Edward Walker, former ambassador to Egypt, offers up a very frank and candid assessment of Mubarak’s American-approved rule, saying, “We took steps that today I wish we hadn’t, but I can’t say that I wasn’t part of it.”)

The democratic struggle in Egypt is still ongoing, of course, so the true, concluding chapters of “Uprising” are not yet really written. But this is a well-expressed movie. Powerfully told from the perspective of the Egyptian revolution’s leadership and key organizers, Stanton’s film is more than just a rough draft of history, it’s a gut-punch cri de coeur, and a reminder of the universal values and desires we all share, regardless of culture or ethnicity.

NOTE: For more information on the movie, which opens in Los Angeles at the Laemmle Pasadena Playhouse 7, visit www.UprisingFilm.com. 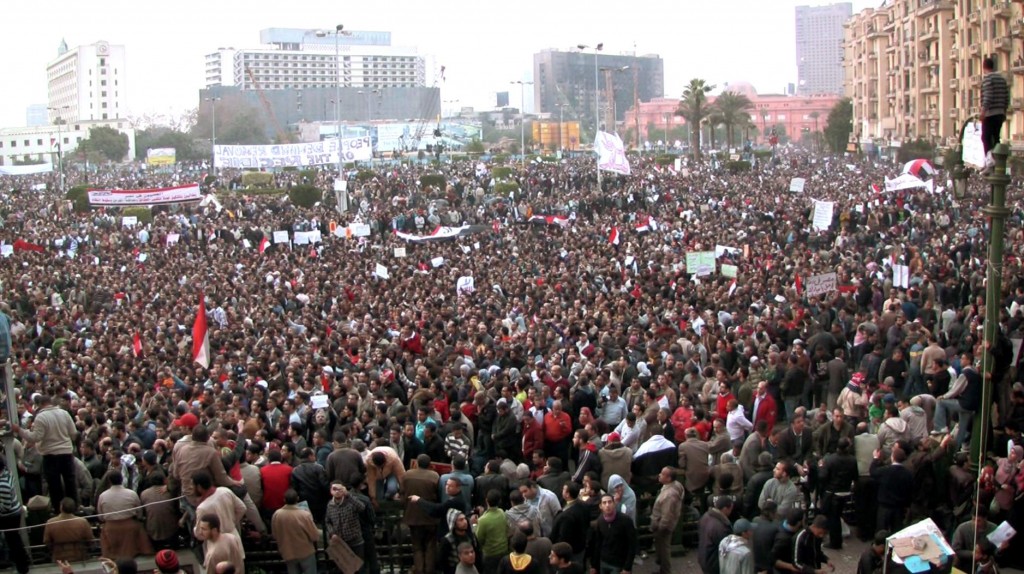