Age is just a number, baby. Sorry cougars, but I am not directing this statement towards you. The outfit, The Indecent, embody the poetic angst of a decade they were only born in, the grunge era. Consisting of the 1994 triplets, Emily Brout (vocals), Madeline Brout (bass), Bo Brout (guitar), and a 1995 drummer, Nicholas Burrows, The Indecent released their first album, “Her Screwed Up Head”, in 2010 and most recently, their EP, “Control”, in 2012 via Warner Bros.

Produced by Rob Cavallo (Green Day, My Chemical Romance, Paramore), “Control” features 5 tracks, which include “Lucky Ones”, “Control”, “Here Comes Another”, “25 Steps” and “Hear Them Fear Them”. Touring in the UK in support of the EP, The Indecent released the latest music video off of “Control” for the closing song, “Hear Them Fear Them”. Simply put, the music video radiates coolness due to The Indecent’s truthful pairing of their musical style and their overall persona. The quartet wasn’t crafted to resemble a group solely for the purposes of success (cough, cough Britney Spears). Influenced by Patti Smith, the Gits, the Velvet Underground and Barrett’s Floyd, The Indecent know the foundation of their sound, which is further illuminated by the imagery used in “Hear Them Fear Them”.

For more information on this up and coming outfit, head on over to their official site. 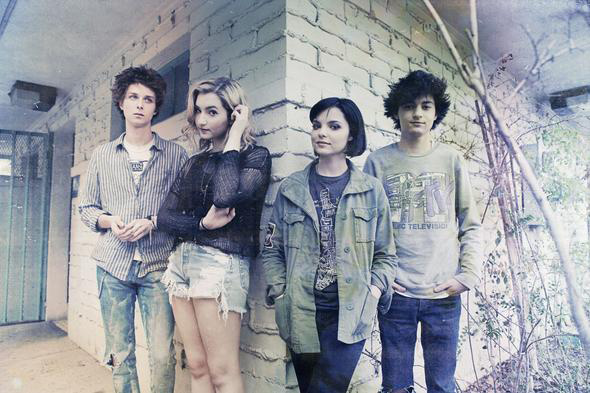