Humility goes a long way in this business, but sometimes modesty succumbs to arrogance once success is within reach. Case in point with Rihanna, whose ego has inflated majorly since her “Pon De Replay” days. It takes a considerable amount of strength to deter going down this typical cocky path and to take the route where gratefulness remains at the forefront. Country singer and classically trained artist, Doreen Taylor, would much prefer the latter path.

With a degree in vocal performance and a master’s degree in opera, Taylor has already charted a career unlike her contemporaries within the music industry. Dropping three prior albums, which include “Unbreakable”, “Taylor Made Hits” and “Coming Home”, Taylor has taken a bold step in another direction, one which is set out to tackle the country genre. The singer dropped her first original country solo album, “Magic”, on April 11th, 2012 and has most recently released the music video for the song, “Judgment Day”.

Taylor might be “new” to the country genre, but her education and her professional experience has deemed her a teacher within the industry. Thoroughly understanding the hardships that come with choosing a career in music, she is unaffected by the side effects of fame and success.

Check out my interview below with Taylor and take note of the endless positivity she exudes regarding her journey in music.

What’s the meaning behind the album title, “Magic”?

DT: The title track is “Music’s My Magic” and that song actually won the 2012 Suggested Artist Songwriting Award. It is very uplifting and has a positive message. I always felt that the underlying message of my music is that; it is magical. In my life with everything that I have gone through with hardships and working towards this level, it is my magic that has gotten me through these hard times. The words are my potion and with the melody, it is all a spell.

How was it making this album compared to your previous ones?

DT: Well, this was amazing because it is the first time it was my own original music, where I actually was a songwriter and got to put my own stamp on the music. A lot of the stuff that I used to do before [“My Coming Home”] was a tribute to the veterans and the soldiers. It was more of a charity kind of project. I teamed up with Special Operations Warrior Foundation and gave a percentage to them. It was covers and remakes of songs for the 20s, 30s and 40s. They were songs that had already been done by numerous artists. I put my spin musically on them, but I didn’t write them. “Magic” is my identity coming through.

Were you always planning on taking a country route or did it gradually go that direction?

DT: Absolutely, I had such a crazy background; it has been a whirl wind. Out of nowhere, I went to get my undergraduate degree in voice performance and then went on for a master’s degree in opera. I did a bunch of opera companies throughout the country. I picked up with two national tour groups of musical theater for “Phantom Of The Opera” and “Ragtime”. So I went from opera to theater and then began gradually crossing over to mainstream music. I did a one-woman show in Atlantic City and in Las Vegas. That was a cover show, which combined singing, dancing, MCing and DJing. I did it all, where I really was the epitome of a one-woman show. It took on a life of its own.

DT: Then I said, I have this songwriting ability; it is just in me. I am a very strong lyricist. When I was doing all of this, people used to say, maybe you should do country, you look and sound country and you just have it. I grew up in that kind of environment and I just never thought that that was where I was going to go, but once I started writing this music, it hit me over the head. I always joke, I didn’t pick country; it picked me. You get little affirmations when you go throughout your journey or career. There were always these little things bringing me back to country.

Was it intimidating to go down the country path?

DT: Music, itself, was never intimidating for me. It was the one thing I always felt confident in. I was given this gift and it has always been something in me that I will do the best that I can with the gift I have been given.

DT: The industry is a different ballgame because I wasn’t really prepared, necessarily, for this. It all kind of happened very fast. I have been in the industry a long time, but this success, which I hate to say overnight success, really is. It’s a whirl wind; it is overwhelming at times. It hasn’t sunken in yet and I think it is good that it hasn’t. I could still stay grounded.

Do you mostly listen to country music? Or a lot of other genres?

DT: I am ridiculously eclectic. If you were to go in my car and listen to what I have in there, people would be like, who is this girl? I listen to everything from dubstep to the big DJs that are out there today to heavy stuff like old school Alice In Chains to Tool to songs that you would never ever think that a little country girl likes. I do listen to country as well, but sometimes when you are in a genre, you need a little bit of a break. If I were 24/7 country, I think it would wear off or it would get kind of annoying at some point. You need that cleansing in between for the palate just to regroup.

Is there an overall lyrical theme for the album?

DT: Originally, we were going to take songs that I previously wrote and redo them. When I sat down, it just came through me. It was almost like I was possessed in some weird way. All these songs were just coming out so easily. We said, let’s just go with it and not break the train. So, the whole album was written for the album. There is definitely a theme. I think the theme and what I have been pouring out through the music is just strength, perseverance, never giving up and not trying to conform to what others think you should be.

Do you have a favorite track off the album?

DT: It is hard to pick. When you write them all, each one has a moment of your life. After I listened to the whole production over and over again, there are still songs, where I get little goosebumps. “Heartbeat” has always done that for me. “Judgment Day” and “Another Rainy Night In Memphis” have always done that for me too.

How was it shooting the music video for “Judgment Day”?

DT: I love that part of my career. To mix up doing music with acting and to be on set with fabulous directors, producers, costars and extras was amazing. We became a family so quick. It was a two-day, full day shoot and we did it on location in various places in Los Angeles. It takes an army, not just one person, to build something. It really takes a whole village; it was incredible! I would do it all time, 24/7, if I could. I wish I could do it for every song.

Do you already know the next single you are doing a video for?

DT: I think the public is kind of dictating that now. I kind of anticipated what songs would be most popular and it kind of went that way, but the next one will probably be “Perfect For Me”. I have been performing that one live a lot. We play that one acoustically in a lot of places and it is touching a lot of people. I wrote that song from a girl perspective, but a lot of guys are coming up to me and saying, we feel that way too. That made me feel so great to hear that from somebody.

How valuable has having an education in vocal performance and opera to your career been?

DT: It’s good and it’s bad. A lot of times, they think you are too classically trained. With mainstream music before they even listen to my music and they hear that I am classically trained, they are listening for it already. Is she going to sound like an opera singer or like this? So, you have to compete against that image. Honestly, it has taken years to get that sound of my voice. I still have that legit quality, but it has been a long road.

DT: On the plus, it really set me up for what I can do. Even just the songwriting aspect of it with hearing certain sounds; for singing with intonation, taking ear-training classes. Being a well-rounded musician, where I know what I am writing, what I am singing, how to sing correctly and how far I can push my voice. If you are on the road and you know you have to do a show in Chicago and a show in Detroit, you know you have to pace yourself. You know where your limitations are. You can do things to always keep your voice going. Nowadays a lot of singers just sing because they can and they just blow themselves out. Like Adele, it is unfortunate how quickly she had vocals nodes. She is way too young. That’s what you see a lot in the industry. They will push and push, before they are ready.

DT: Right now, we are planning a 2013 tour. We are doing a national tour and are going to hit select cities. We will kick it off in Philadelphia and we’ll do Los Angeles. So, we will have bicoastal shows and bring it through across the country. We have great things coming. We are actually working with a Grammy nominee producer, who is going to be remixing the album and making it a little more mainstream. We have some promotional deals and sponsors we are talking to. The sky is the limit. This is the year! 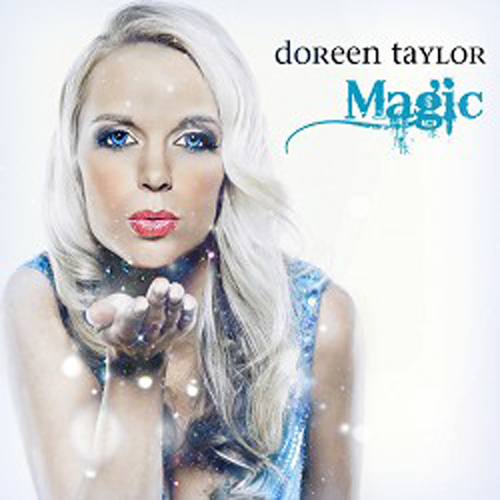